The Czech Obsession with a Cold War Coca-Cola Knockoff 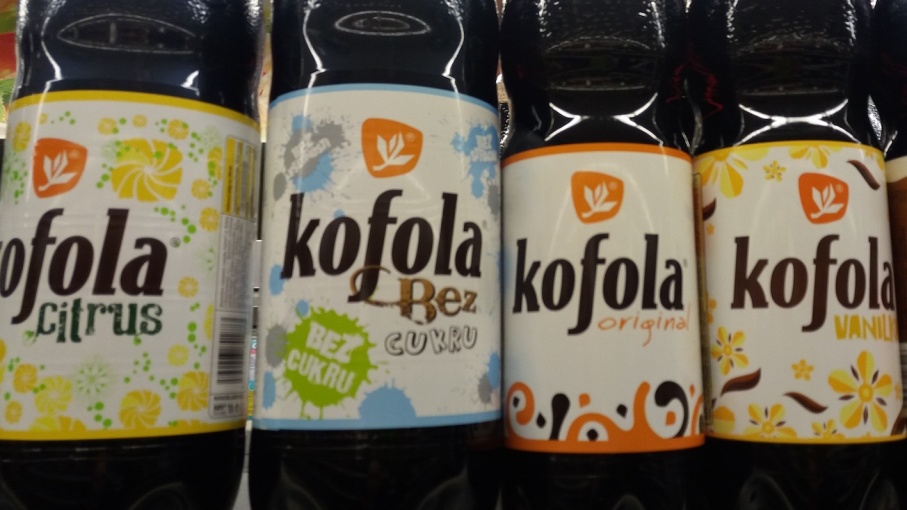 Back in the days before the Iron Curtain fell, most Western goods were prohibitively expensive in the Czech Republic, including Western luxury goods such as blue jeans and popular soda drinks, such as Coca-Cola and Pepsi. So what was the solution for some enterprising Easterners? Create our own version!

Though many can dispute its appeal and taste, Kofola continues to be a beloved, nostalgic beverage among many who remember the days before Prague resembled an Americanized Disney vacationland.

Although it resembles a stout beer, Kofola is non-alcoholic, and originates from the second half of the 20th Century when Czechoslovakia was a Soviet satellite state. Created as an alternative to Coca-Cola and Pepsi at a time when Western goods were prohibitively expensive, the drink has since gone on to become a national favourite in the now-independent countries of Slovakia and the Czech Republic.

The syrup that forms the foundation of Kofola was invented in the late 1950s by Zdeněk Blažek, a scientist who had been commissioned by the state to create an alternative to American cola brands, using ingredients available in Czechoslovakia. The result was Kofo syrup, a mixture of fruit and herbal extracts that forms the base of Kofola. Some historical accounts say that Blažek and his team came up with the recipe for Kofo syrup (which remains secret to this day) when experimenting with ways to use the waste generated from roasting coffee, but while Kofola is caffeinated, these accounts are unsubstantiated.

The beverage is still served on tap in most of Bratislava’s bars and restaurants, and the company that makes it boasts a following of half a million people on Facebook, making it one of the most popular Czech/Slovak brands on the social networking website.

As the four of us left Marek’s family home and gave thanks for a wonderful evening, his mum passed each of us a huge slice of poppy seed cake wrapped in foil, and we promised to try ‘proper draught Kofola’ on our next visit to a pub.

As we drove away from Marek’s mum’s house, I reflected that the word ‘fake’ didn’t come up once during our conversation about the rich beverage. Kofola is perceived not as an imitation of Coca-Cola or Pepsi, but rather as a unique drink with a set of nostalgic associations that are deeply embedded in the two cultures. For Czechs and Slovaks, Kofola has come to represent a very specific period of their shared history.

A cold glass of Kofola offered refreshment without scandal

It was against a backdrop of scarcity that Kofola became popular in Czechoslovakia. During the Soviet era, Western goods such as Coca-Cola and Pepsi were only available in Bratislava’s state-owned Tuzex stores for heavily inflated prices, and could be bought with bony coupons – which were produced by the state and were like golden tickets to a world of luxury items unavailable to most. There were apparently local girls (known disparagingly as ‘Tuzex girls’) who dated foreigners who could afford to purchase bony. There was even a burgeoning black-market trade in these coupons during the 1970s and ‘80s, and you would hear “need some bony?” whispered in hushed tones by suppliers on Bratislava’s street corners.

A cold glass of Kofola, on the other hand, offered refreshment without scandal.

Yet Kofola’s distinct herbal taste has been key to its lasting success. Many of the other Cold War-era imitations matched the original product too accurately, and so could not compete with the originals when trade opened up after the fall of the Soviet Union. “My mum and her colleague managed to buy an expensive bottle of Fanta once in the 1980s,” Metesová recalled. “But after sharing it they were disappointed to find it tasted just the same as the fizzy orange [drink] sold in Czechoslovakia.” Kofola, on the other hand, which is noticeably less sweet than other cola drinks, offered a different refreshment experience altogether.

Although its flavour recalls a difficult period of Czech and Slovak history, Kofola’s present-day popularity is rooted firmly in nostalgia. When I asked Bratislavans about Kofola, it was their happy childhood memories that came to the fore. “I remember going with my dad to the pub and drinking draught Kofola with the other kids; we felt like adults,” said Martin Záhumenský, a Slovak chef and judge on MasterChef Slovensko.

While Kofola purports to be healthier than mainstream colas (it contains roughly 30% less sugar than its big competitors, with no phosphoric acid at all), it is surely the sense of nostalgia and brand loyalty felt among its consumers that helped the company survive when the newly independent Czech and Slovak markets opened up to Western competitors in the 1990s. Kofola is now available in a variety of flavours, including lemon and vanilla.

When the four of us finally made it to the pub to sample proper Kofola on tap, it was colder and more refreshing than the bottled version we had previously tried. The heavy glasses accentuated the deep brown colour, and the herbal taste was much more pronounced. This was a small taste of life in Bratislava for four young men, two of whom not born here, and the other two too young to remember what it was like when Kofola was the only option.