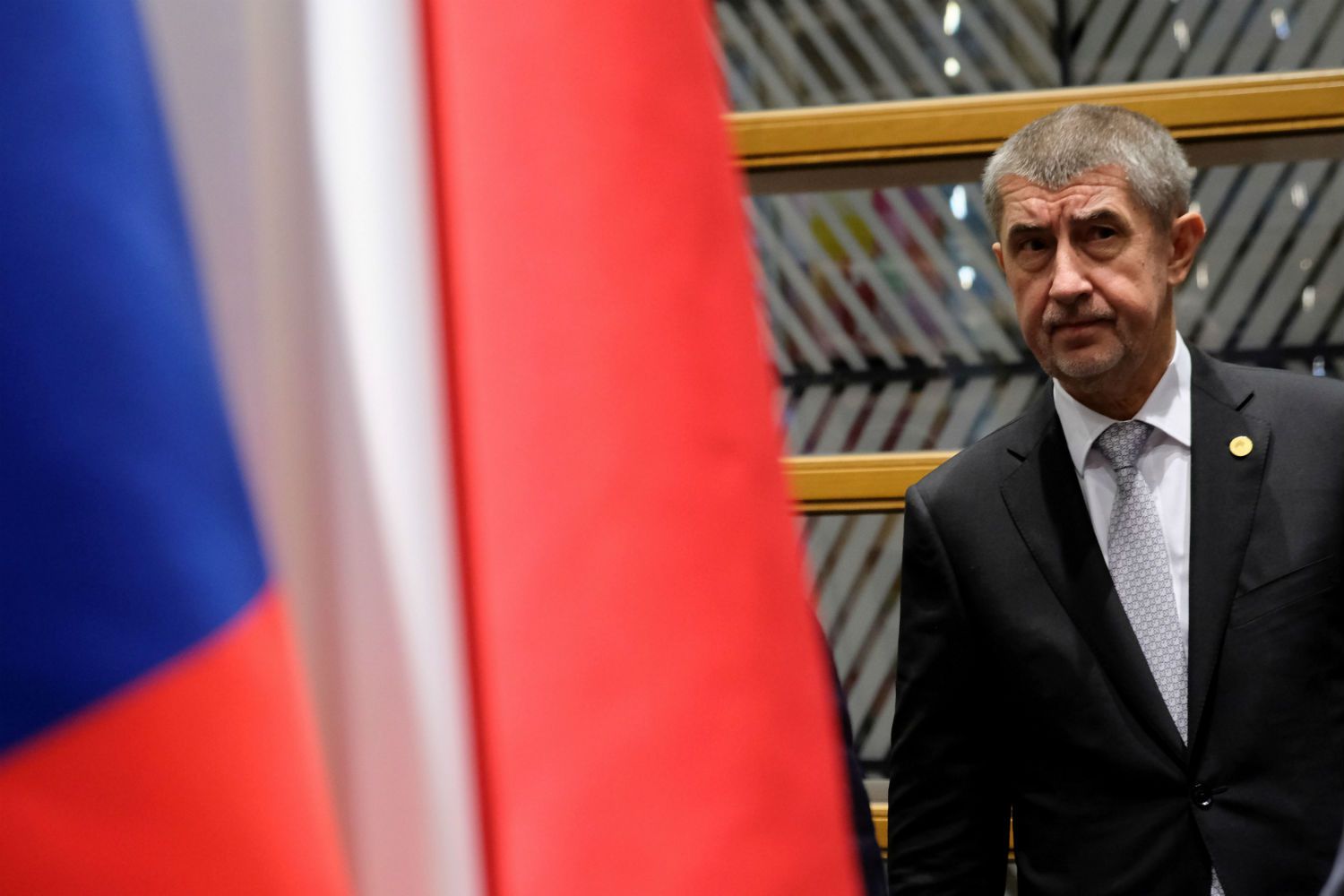 Imagine being led by a billionaire who campaigned on fighting corruption while being investigated for corruption, who was elected on a promise to run the country like a business while many suspect he sought to use the position to promote his own business interests.

Now imagine that the billionaire had to win approval from the legislature in order to govern — and many of the nine different political parties seem dead set against even working with him.

The Czech Republic, officially known as Czechia, has a new minority government as of Dec. 13. It likely won’t in less than a month: There is an excellent chance the new government will not survive a vote of confidence in early January, potentially threatening further political turmoil in a key NATO ally that’s already described by the Economist Intelligence Unit as a “flawed democracy.” (Of course, as of this year, so is the United States, according to the unit’s analysts.)

The struggle to form a new government in Prague comes at a rough time for Central and Eastern Europe, democracy-wise. Hungarian Prime Minister Viktor Orban has vilified the European Union, George Soros, and immigrants, while embracing “illiberalism.” Poland’s Law and Justice Party seems at odds with both, well, law and justice. Slovakia’s parliament is roughly one-tenth neo-Nazi.

In that crowd, the Czech Republic was something of an unremarkable outlier. Then came the October victory of Andrej Babis, a Czech businessman and billionaire who somehow managed to run as an anti-establishment candidate while serving as the country’s finance minister, and who won on an anti-corruption platform despite an ongoing investigation into his own alleged misuse of millions of euros of EU funds.

Traditional “pro-democracy” parties are threatening to withhold the vote of confidence in January for a minority government helmed by Babis, the second-richest Czech and leader of ANO, his pro-business, anti-establishment political party, which won the October elections with 29 percent of the vote. The government itself is remarkably uncontroversial, with half of the ministers carrying over from the last government, but Babis is not. During and after the election, stories abounded likening Babis to U.S. President Donald Trump.

If he can’t secure support from a grab bag of parties with wildly different political programs, Babis will have to count on the president naming him prime minister a second time and then seek parliamentary support all over again. Which, oddly, the president has already signaled may happen.

“I think he formed this minority government with the intention of not even trying to pass the vote of confidence. I think that he has a promise from President Milos Zeman that he will be appointed for a second round,” Jiri Pehe, a Czech analyst and writer referred to around town as the “Babisologist-in-chief,” told Foreign Policy.

Naming Babis prime minister, even though he’s radioactive for mainstream parties, makes a certain sense for Zeman, a known quantity who is running for re-election as president next month. With parliament in chaos, Pehe said, “Zeman will be able to argue that people will be crazy to elect someone new.”

Meanwhile, lurking in the background and angling for a bigger political role are the Communists and a far-right nationalist group, raising fears that the anti-establishment wave that brought Babis into office could undermine Czechs’ hard-won standing and positioning in the international order.

Despite the Trump comparisons, experts caution that he is, above all, a pragmatist whose time in office will be defined by two things: the people and the parties willing to work with him in turning his 29 percent of the vote into a workable government, and the identity of the next president.

Which presents a possible problem: At present, few of those parties seem willing to work with Babis. Neither the Czech Social Democratic Party, ANO’s former coalition partner, or conservative party ODS, which finished second, has suggested it will vote for his government.

Alternatively, some suggest, Babis just wants it to seem like parties won’t work with him so he can do what he wants.

“As a businessman, he doesn’t want any control [over him],” said Ondrej Benesik, a member of the Christian and Democratic Union, a pro-EU, pro-NATO party. “That’s why he’s aiming at forming a government made up of only his own people who he can control.”

And who might that be? While he didn’t include them in his minority government, Babis is widely believed to have worked with the Communists and the Freedom and Direct Democracy Party (SPD), a far-right group led, somewhat improbably, by the part-Japanese Tomio Okamura. Both parties did poorly in the October parliamentary elections but somehow played prominent roles in the formation of a new parliament, which has to be formed before there can be a new government.

If the Communists and far-right are getting a hearing, said Jan Machacek of the Institute for Politics and Society, that’s because Babis had little choice. The “little democratic parties” were “in a state of shock and refused to cooperate,” he said. “He had to manage somehow.”

Some worry that, in managing, he elevated extremists above their disappointing electoral performance. SPD, an anti-EU, anti-immigrant party that came in fourth with just 11 percent of the vote, landed the parliamentary security committee, which works with Czech intelligence services. The man now tasked in part with fighting fake news, SPD’s Radek Koten, has suggested on Facebook that the Sept. 11, 2001 attacks were a CIA plot and that the United States is out to rid the world of Slavs.

Parliamentary committees may not be where the true power lies in Czech politics, but that pick was widely seen as symbolically bad.

The Communists, who came in fifth with 8 percent of the vote but who have said they would support Babis in the confidence vote, snagged the parliamentary committee on immunity. That’s significant because it will have to make a recommendation on whether Babis can retain parliamentary immunity from prosecution.

The Communists, who advocate leaving NATO, also wanted oversight of intelligence and security in the hands of the opposition. They wanted control over the commission overseeing the General Inspection of Security Forces, which has responsibility for investigating alleged crimes carried out by police.

“One should not expect anything good from the Communists,” Pehe said. “If there is any kind of problem they can cause for the system, they will do it.”

Babis and ANO intend to keep Prague’s pro-EU, pro-NATO stance, despite flirting with extremist parties at loggerheads with both. Babis “understands the EU is the most important thing,” one senior government official said.

But another senior government official lamented that the Czech Republic is at a crossroads.

Between puffs on a hand-rolled cigarette, the official explained that after the Velvet Revolution in 1989, the Czechs had a clear vision: becoming members of the Western club, exemplified by NATO and the European Union.

Now they’re in the EU — but they wonder what they’ve gotten out of it. Voters are disillusioned and dissatisfied, and they just want Czechs to “look after ourselves,” the official said.

“[Vaclav] Havel and others,” he said, “those people are gone.” And in their place is Andrej Babis, whatever that might mean.