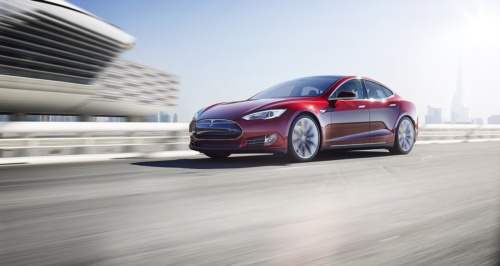 US electric car maker Tesla has opened its first showroom in the Czech Republic. Its official dealership is in Prague’s Vysočany district, where Tesla already operates a service centre. Visitors to the showroom can try all Tesla models, including Model S and X, as well as the most affordable Model 3, which sells for 1.2 million crowns.

The prices of the electric vehicles are defined by a unified price list for the Czech market.

Until now, Czech customers who wanted to buy a Tesla had to do so through a foreign dealership.

There are several hundred Tesla owners in the Czech Republic. Market experts say the opening of an official Tesla sales point is unlikely to significantly increase their numbers.

“In a long-term horizon, I don’t expect a rise in the number of Tesla drivers, because the domestic market is too conservative and cautious,” Cyrrus analyst Petr Pelc told the website e15. According to the analyst, the high price of the Tesla cars is the main obstacle.

“I can imagine that the new Škoda CitiGO, which was presented at the Frankfurt car show and becomes available next year for roughly half a million crowns, can attract a certain type of customers,” Pelc told e15.

“Tesla has entered the Czech market with an unnecessary delay. Those who wanted to such a car most likely own it by now. Others will wait for a better price or a wider choice from rival brands,” he added.

The Czech Republic is the first country of the former Eastern Bloc to have an official Tesla dealership and authorised service. The US carmaker wants to further strengthen its foothold in Eastern Europe, with plans to open stores in Slovakia, Croatia, Serbia and other countries in the region.

The US electric car producer sold a record 97,000 vehicles in the third quarter of 2018, which is a nearly two-percent increase on the previous period. Nevertheless, it still fell short of analysts’ expectations.