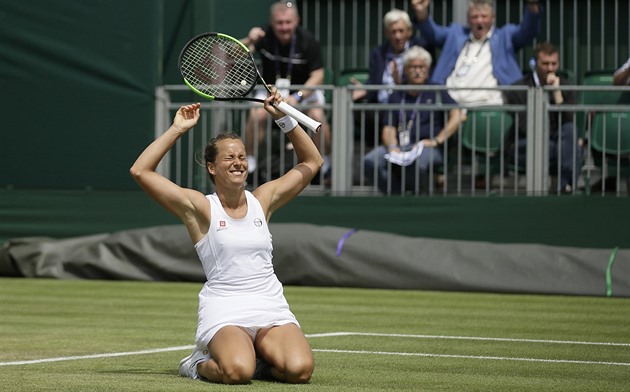 Johanna Konta failed in her bid to reach the Wimbledon semi-finals after an error-strewn display in a straight-set defeat by Czech Barbora Strycova.

Let down by her previously dominant serve and firing long when she had the whole court at her disposal, Konta could not find a way back.

“I think this was one of the best matches I have played,” Strycova, 33, said after reaching her maiden Grand Slam singles semi-final.

This article originally appeared on BBC