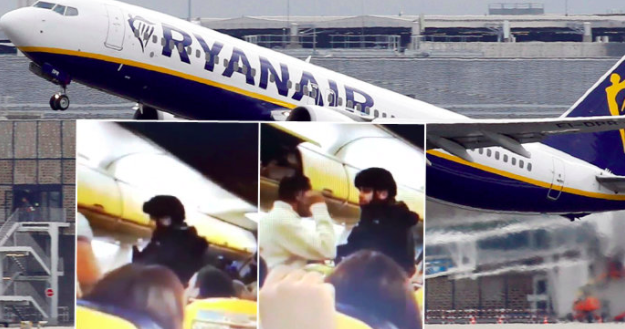 Passengers on a flight from Bratislava to London were left in horror when a Slovakian on board their Ryanair flight threatened to detonate a bomb. The passengers were scared for their lives and calling their loved ones to say goodbye, fearing the worst.

“About 30 minutes before the landing, the Slovakian passenger jumped up and yelled that he was going to detonate a bomb and the plane would explode and crash. It was awful. We already came to the airport as strange, so strange. He was aggressive before boarding the plane. First, he was tried to calm the staff on the plane, but it did not help.”

The plane was shut down for three hours after landing at London Stansted Airport. The British anti-terrorist unit entered the plane “It took three hours to reconcile a passenger who threatened a bomb. The young Slovakian, who was sitting next to him, had bad luck as they grabbed him straight away. As far as I know, the Slovak has already been released. It was terrible, we all called our  families, “added a man who did not want to be named. The flight attendants also said the Slovak threatened to detonate a bomb.