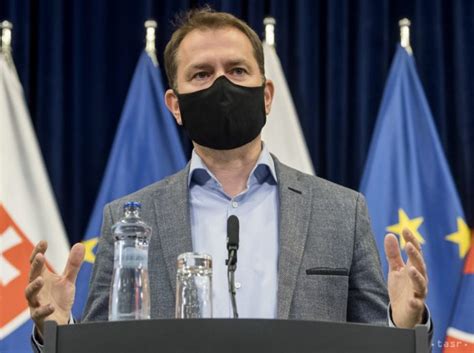 According to Prime Minister Igor Matovic, Slovakia recorded a new daily high of 877 new cases of coronavirus on Tuesday. The Prime Minister of Slovakia also wrote on the social network that he expects further record numbers in the coming days. He expects the balance to improve over the weekend, when, according to him, the effects of the new quarantine measures from the beginning of October could manifest themselves. The twice as large Czechia also reports a record daily increase on Tuesday, namely 4,457 infected.

“We are going into tough days, and more new records will definitely come. I expect that the honest observance of last week’s protective measures should manifest itself sometime during the weekend,” Matovič said.

To date, the daily maximum of confirmed cases of coronavirus, namely 818 infected, was recorded by Slovakia, with a population of 5 million on Saturday. Subsequently, the number of evaluated tests decreased, but on Tuesday, it approached the previous maximums. At the same time, only every tenth test ended with a positive result for coronavirus.

Due to the growing number of hospitalized patients with coronavirus, for example, the University Hospital in Košice in the east of the country canceled the planned operations earlier this week.

To slow down the spread of the disease, a state of emergency has been in place in Slovakia since the beginning of October. Simultaneously, with a few exceptions, it is now mandatory to wear veils outdoors and hold mass events.

For the first time, the daily number of confirmed coronavirus infection cases in Poland exceeded three thousand. The increase in deaths with COVID-19 is also record-breaking, according to the Ministry of Health. In Hungary, the number of infected people was about the same as the day before. However, the number of people dead with COVID-19 is also the most since the beginning of the epidemic in a day, index.hu reports.

In 24 hours, there were 3003 confirmed cases of infection in Poland. The Ministry of Health reported a record increase so far on Saturday when 2,367 were infected. In a total of 38 million people, the SARS-CoV-2 virus was detected in 107,319 people.

With COVID-19 in Poland, 2792 people died, 75 of them in the last 24 hours. This is the highest daily increase so far. According to the Polish Ministry of Health, eight people died of COVID-19, and another 67 died of a combination of other diseases and COVID-19. On Tuesday, the authorities reported 58 deaths per day, which was also a record at the time.

Today, Defense Minister Mariusz Blaszczak, who met the infected General Jaroslaw Gromadziński, also took refuge in quarantine. The minister said on Twitter that he had no symptoms of COVID-19 and would work from home.

In Hungary, coronavirus infection was confirmed in 816 people in the past 24 hours, roughly the same as the previous day. In total, 33,114 people have become infected in a country with 9.7 million inhabitants.

A record number of deaths increased in Hungary per day. While on Tuesday, the authorities reported 20 deaths with COVID-19, today it is 24. The total balance of deaths thus increased to 877.

The most active cases of the disease are now in Budapest, followed by Pest County, which surrounds the metropolis.