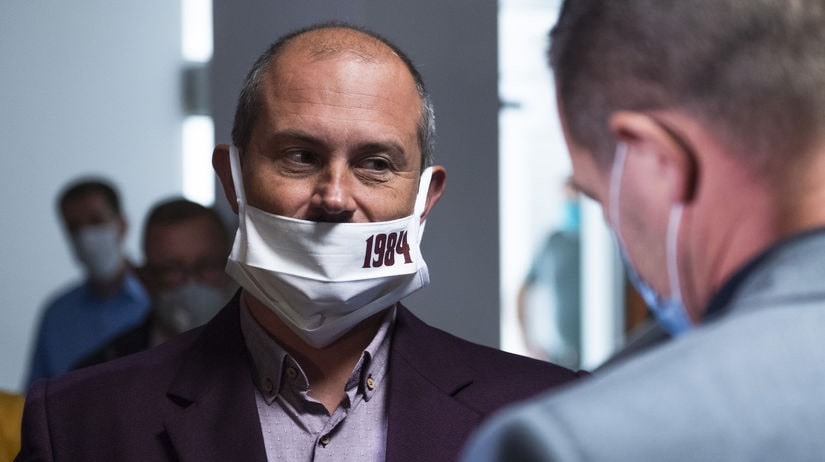 A Slovakia court found the chairman of the opposition far-right Kotlebovci-People’s Party Naše Slovensko (LSNS) party, Marian Kotleb, guilty of extremist acts. After more than seven hours of Kotleba’s closing speech, the court’s verdict and its subsequent last word are not final.

Kotleba appeared in court for publicly handing over a financial gift to three families in 2017 at a high school in Banská Bystrica using symbolic checks. Each was for the amount of 1488 euros. According to investigators, the numbers 14 and 88 are known and used in extremist symbolism. The gift was delivered on the anniversary of the war-torn Slovak state.

Kotleba himself defended the combination of the amount on the checks with extremist symbolism, comparing the amount on the checks itself to chance. Kotleba claimed that the indictment was fabricated. The investigator purposefully divided the amount of 1488 euros into two digits, 14 and 88, and did not consider the currency designation. In his closing remarks, he claimed that the sum of 1488 euros was standard and referred to various contracts that the state and other authorities had concluded with suppliers for this amount.

The judge finally assessed the prosecution under a stricter provision of the Criminal Code than suggested by the prosecutor’s office. The court drew Kotleba’s attention to this possibility at the beginning of the trial in January this year.