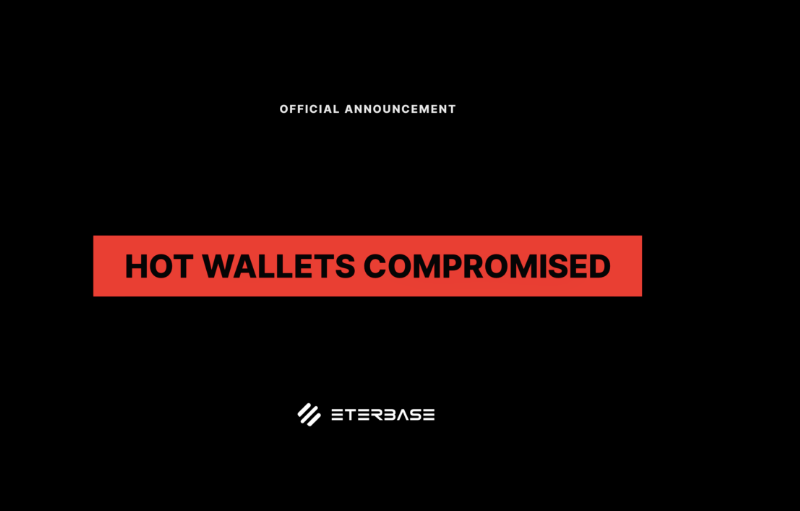 The Slovak cryptocurrency exchange Eterbase has been non-functional since Tuesday. The official announcement speaks of maintenance connected with the compromise of user cryptocurrency wallets (it is not clear whether the exchange uses separate accounts) and is suspended until 10 September.

According to an analysis by The Block Research, cryptocurrencies could be transferred from the stock exchange for about $ 5.3 million, and the company subsequently confirmed the amount. The affected stock exchange promises that it has enough capital to meet its obligations to clients, and the attack will not jeopardize its operation. “We want to assure our clients that we are taking all steps to ensure that the amount of user deposits does not suffer in any way as a result of a hacker attack,” the company continues.

We want to inform our users that we have enough capital to meet all our obligations, and at the same time, we want to reassure everyone that this event won’t stop our journey!
— ETERBASE (@ETERBASE) 9 September 2020

However, the cryptocurrency exchange statement is a bit at odds with its financial statements for last year, when the company had a capital of only approximately 679 thousand euros and a debt of 143% of the capital.

Behind the stock exchange is Róbert Auxt (former Slovak adviser to the Ministry of Transport, ran in the Slovak parliamentary elections for the Conservative Party in 2016), and Martin Smutný, who previously managed relations with the Slovak state for ERP supplier Asseco Central Europe.