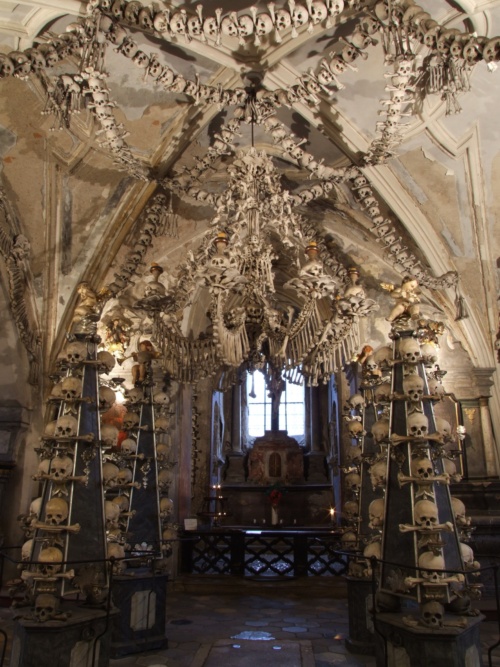 The famous Church of Bones aka Sedlec Ossuary in Kutná Hora has banned tourists from taking selfies with the skeletons.

The church is immensely popular among tourists, photographers and selfie addicts for its unusual decor. Around 60000 skeletons were discovered on the site years back and have been here since then. Now, they are used as decorative items in the church and the most famous element of the church is the huge bone chandelier.

These non-traditional and unusual interiors garnered enough international attention and bought globetrotters to this sleepy town. But nobody thought that the same attention would one day become such a problem. In this age of social media age, where Facebook and Instagram are a rage, all that most tourists care about is that perfect picture to upload on their profile. The tourist influx increased and created a number of problems here.

The site features signs in several languages politely, asking guests to respect the dead, reminding them to be polite, and keep in mind that there are bodies around. Despite all the measures, tourists have been disrespectable and have gone to as far as kissing the skeletons for pictures. Some have also removed bones from the walls, touched them or put hats and sunglasses on skulls. All these acts, just for an interesting picture!

Director of the Sedlec parish Radka Krejčí said that photography will be completely prohibited in the Sedlec Ossuary as of 2020. She also said that they believe the visitors will respect the decision and, at the same time, understand the reasons that made them take the step.

According to Krejčí, in the year 2017, more than half a million people visited the Ossuary and the number is expected to further rise in the coming years.

However, there is a little catch. The photography is not banned completely and people interested will need to get permission from the parish, three days in advance. But selfie sticks and selfies are totally banned.