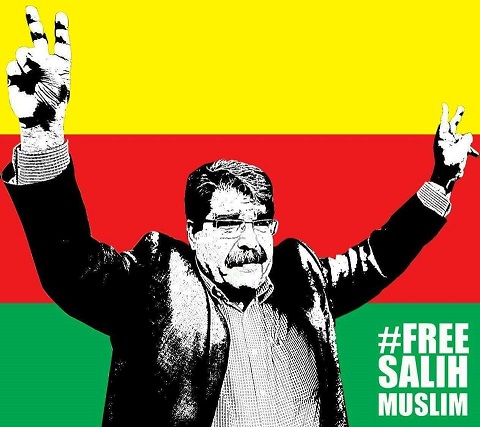 A prominent Syrian-Kurdish leader who was detained in the Czech Republic has been freed, prompting anger from Turkey, which issued the warrant for his arrest.

Saleh Muslim, a former co-chair of the main Syrian-Kurdish movement, the Democratic Union Party (PYD), was arrested in Prague on Sunday.

He was freed by a Czech court on Thursday despite a request from Turkey for his extradition.

The country has offered a reward for his arrest.

He has been indicted over a February 2016 bombing in Ankara, Turkey that targeted a convoy of buses at the city’s military headquarters during the evening rush hour, killing 37 people.

“It is a decision that is a very clear support for terror. The decision will negatively impact relations between Turkey and the Czech Republic,” Turkey’s Deputy Prime Minister Bekir Bozdag said of the ruling.

Foreign Minister Cavusoglu described the release as “scandalous”, insisting Turkey would pursue Mr Muslim “even if he goes to another country”.

A spokeswoman for the Czech court told AFP news agency that Mr Muslim had “promised the court that he would not leave the territory of the European Union and would report to the court at its request”.

Mr Muslim denies the allegations against him and says he does not take the arrest warrant seriously.

The Turkish government regards the PYD as an offshoot of the armed PKK group. It sees the PYD and its associated militia, the YPG, as terrorists.

Turkey is currently carrying out a major military campaign against Syrian Kurdish fighters in the Afrin region of northern Syria.