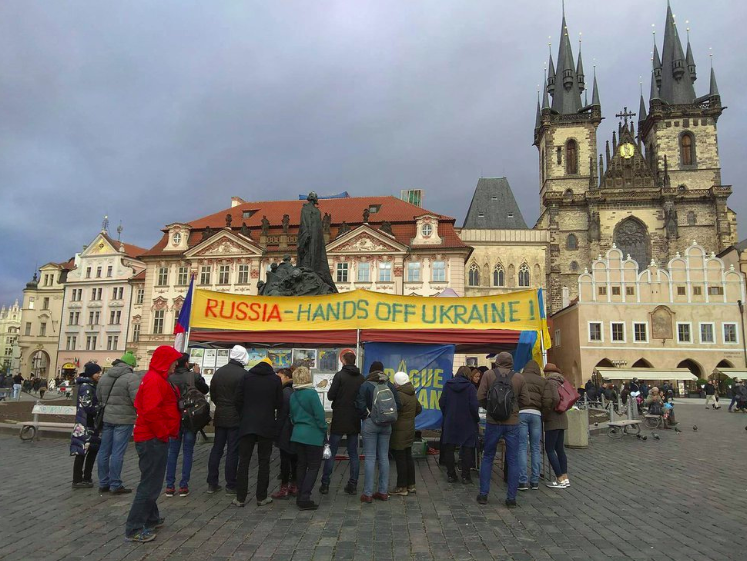 Russian operatives attacked a group of Czech protesters during demonstrations against Russias illegal annexation of Crimea on Sunday afternoon at the old town square.

The Prague Majdan organization has been holding protests in Prague every Sunday for several years. The activists seek to highlight the efforts to suppress freedom in Ukraine and other related events. “We have several petitions, for example, for increasing sanctions against Russia. We also collect money to fund the organization” according to spokesperson Soňa Pospíšilová.

This is the second time in as many weeks that Russian operatives have launched attacks against the peaceful protesters.  “The Russians are trying to silence us, but we will not break.”