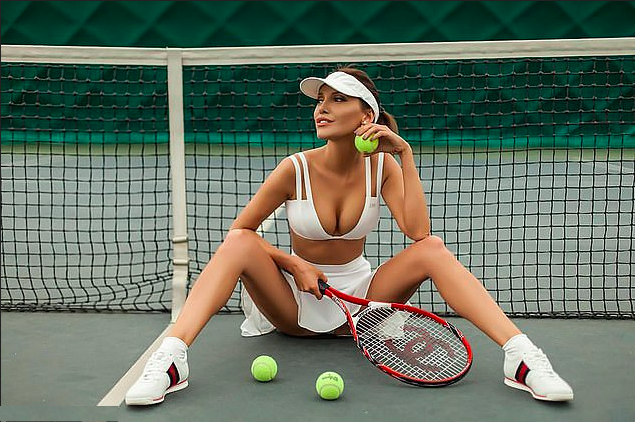 Russian Instagram model Yekaterina Bobkova suffered severe injuries after falling from a hotel balcony in Spindleruv Mlyn in May. The incident occurred right after she had testified against Russian football players. Czech police concluded fall was an accident. But now the beautiful brunette claims that someone drugged her and hit her before throwing her off the balcony.

In May, Russian model Jekaterina Bobkova visited the luxury resort in Spindleruv Mlyn. Where she had a horrible accident. Jekaterina fell from her hotel balcony. After falling from about ten meters, she suffered severe injuries, was in a coma fighting for her life. Yekaterina has finally spoken about that fateful evening in the Czech mountains. The model said she didn’t have more than two glasses of wine before the fall. Then she began to feel tired and sleepy.

The case was investigated by the Czech police. Investigators commissioned an expert opinion on forensic medicine and toxicology. The Daily Mail reports she had alcohol and an unknown drug in her blood at the time of the accident. The case was closed by the police when no evidence was found indicating anyone else was involved.

The Russian beauty, however, claims that someone drugged her, then hit her on the head. Russian doctors concluded the same. “Doctors in Moscow say it looks like someone hit me in the head and then threw me down. I was unconscious at the time of the fall, ” Yekaterina told the Daily Mail.

Bobkova had testified against Russian footballers Pavel Mamayeva and Alexander Kokorin, who attacked several people in Moscow. The footballers were sentenced to 17 and 18 months in jail for assault.

The model is urging authorities to reopen the case. According to the Daily Mail, her application is currently being reviewed.