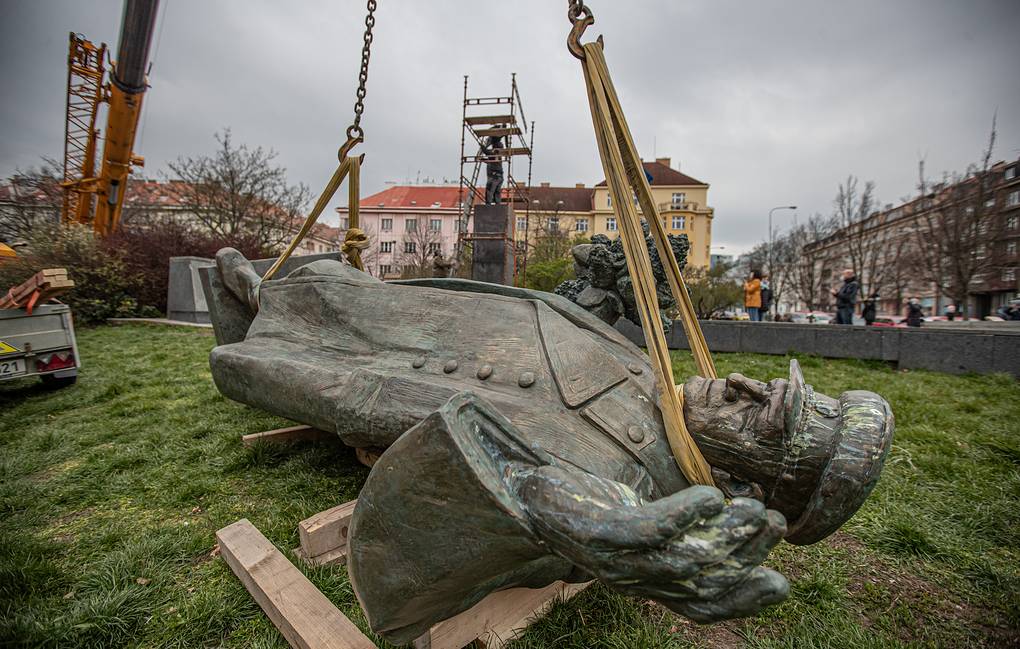 Russia said on Friday it had opened a criminal investigation after Czech authorities dismantled the statue of a Soviet military commander last week despite Moscow’s protests, escalating a rancorous diplomatic row over the issue.

The statue to Marshal Ivan Konev, who led Red Army forces during World War Two that drove Nazi troops from Czechoslovakia, is reviled by some in Prague as a symbol of the decades of Communist rule that followed the war.

But in Moscow Konev is lionised by authorities as a war hero, and the removal of his statue was cast as a diplomatic insult and part of what Russia sees as a dangerous attempt to rewrite history.

The statue to Konev, who also played a leading role in crushing the 1956 Hungarian uprising and building the Berlin Wall in 1961, was taken down on April 3 by municipal Prague authorities who said they planned to put it in a museum.

Russia would be prepared to pay for transport or any other costs, the ministry said.

“We expect information from you about the place and time of its handing over,” Shoigu said in a defence ministry statement late on Thursday.

The Czech Foreign Ministry said it was up to the Prague district municipality where the statue had been located to decide whether to give it to Russia.

On Friday, Russia’s Investigative Committee, which handles probes into major crimes, said it had opened a criminal case into the suspected public desecration of symbols of Russia’s military glory.

The Czech foreign ministry said it considered the move to be meddling in its internal affairs and that the statue would be treated in a dignified manner after its removal.

“If Russian bodies continue with confrontational statements and actions in this spirit, it will be a sign they have lost interest in developing mutually beneficial relations between our countries,” it said.

Russia has no legal jurisdiction in the Czech Republic.

The statue has for years been the centre of controversy in Prague. It has been repeatedly vandalised and moves by municipal authorities to cover it up with tarpaulin sparked anger among local pro-Russian residents.

Ahead of the 75th anniversary of the end of World War Two, the Soviet military campaign has become a highly sensitive subject for Moscow.

President Vladimir Putin has accused Russia’s detractors of diminishing the Soviet war effort and its huge loss of life, and said Moscow must defend itself from what he has called the rewriting of history.