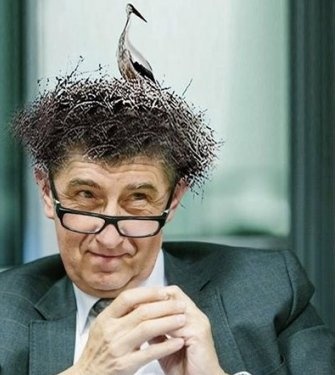 Prime Minister Andrei Babiš (ANO) on Friday said he would not deal with the fact that the Storks Nest Farm is still drawing subsidies from the Ministry of Agriculture subsidies for small and medium-sized enterprises. Babis said this on Friday at a press conference after the meeting of the Council for Science, Research and Innovation.

“I’m not going to deal with this, I have nothing in common with SynBiole,” Babiš replied, asking if he had any mistakes in making any subsidies and whether he would be interested. Babis previously claimed that the Stork Nest is the best project he ever invested in.

Livestock subsidies were paid by the owner of the farm, Imoba. It is part of the SynBiol Group, which had sales of 3.4 billion crowns last year.

The only shareholder of SynBiolu was Babis last February. Due to the conflict of interest law, the shares of SynBiol, together with Agrofert’s holdings, were placed in trust funds. In the past, Imoba was under Agrofert, Cape Hat bought in 2013.