Protestors marching for democracy in Prague 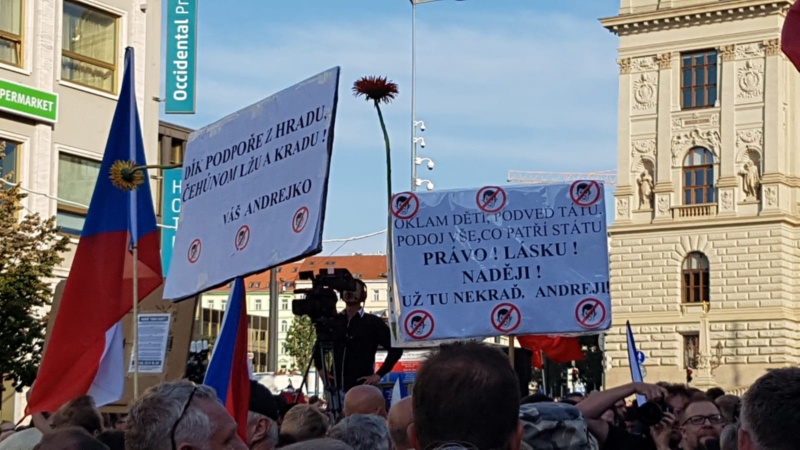 Million Moments for Democracy, the organisation behind the largest demonstration in the Czech Republic since the Velvet Revolution in 1989, which brought an estimated quarter of a million demonstrators unhappy with the current Prime Minister Andrej Babiš to Prague’s Letná plain in June, is organising a march in Prague on Wednesday evening.

The organisation’s website states that demonstrators are remembering the events of 1968 and 1969, while also voicing their disagreements with the fact that the current prime minister is a former Communist State Security agent, as well as a man facing charges for EU subsidy fraud in the so-called Stork’s Nest affair.

Furthermore, they are unhappy with the current President Miloš Zeman, who they say is intentionally dividing the country, supporting Chinese and Russian interests and damaging constitutional customs.

The march is part of a wider string of demonstrations organised by the group this Wednesday. These are being held in 93 sites across the country, including all of the Czech Republic’s major cities.