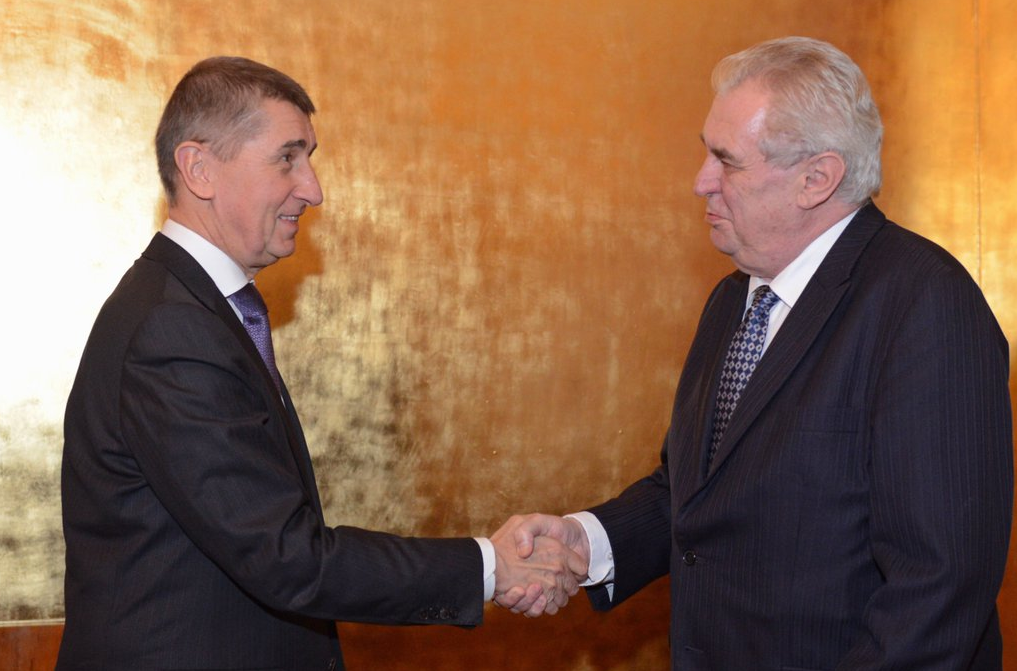 President Miloš Zeman appointed ANO chairman Andrej Babiš as prime minister of the Czech Republic. The move is the first step toward the formation of a government to replace the outgoing cabinet headed by Bohuslav Sobotka.

At a ceremony at Prague Castle on Wednesday, Mr Babiš highlighted the country’s role in the fight of illegal migration, saying that the government needs to take a more active approach in dealing with illegal migrant smuggling.

Mr. Babiš is planning to form a minority government that also includes a number of non-ANO members. Five of the party’s ministers in the previous government are to remain there in the new formation.

President Zeman plans to hold talks with Mr. Babiš’s new ministerial nominees before appointing the new government in a week’s time. It will then have to undergo a vote of confidence in the Chamber of Deputies within 30 days.

At present only the Communist Party have said they will, under certain conditions, tolerate a minority ANO cabinet