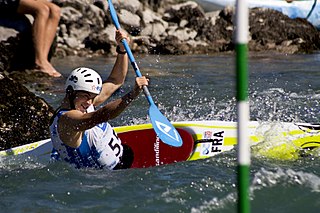 The European Canoe Slalom Championships will take place in Prague in the autumn. It will replace the postponed London Championship, which was canceled in May due to coronavirus.

The race will take place in Troja from 18 to 20 September, when the World Cup race was to take place on the local track. However, the International Canoe Federation (ICF) postponed it to October, which was unacceptable for domestic organizers.

The organizers decided to strive to organize the European Championship and succeeded with their offer at the European Federation. “At Friday’s meeting (European association), ECA agreed to assign the event to the Czech Republic, for which we are thrilled. We can not organize the World Cup this year, because the ICF moved it to October, when, “said Jiří Rohan, director of the organizing committee, in the union ‘s press release.

The European Water Slalom Championships will return to the Czech Republic after two years unless coronavirus measures thwart its plans.

In 2018, the Czech national team won one gold, one silver and three bronzes in five individual categories. They added four more precious metals in patrols.

This time, kayaker Vít Přindiš and kayaker Amálie Hilgertová should defend last year’s titles. “Both for the racers and for us, it is a new challenge, but I believe that in a short time we will be able to prepare a great sporting event and offer the racers motivation and a clear goal for this season. It is very encouraging that both our partners and members of the organizing committee decided to go to this event despite the problems with the current, as we all believe the fading, coronavirus period, “added Rohan.

For the Czech national team, the race will also be the last part of the qualification for one place in each category for the 2021 Olympic Games in Tokyo.