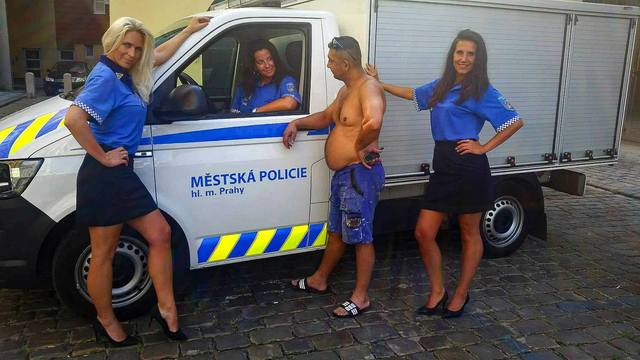 Prague City Police on Wednesday, after receiving dozens of complaints and criticism online, deleted from Facebook a photograph of a policeman, to whom a young woman leans over while only wearing underwear. On Thursday, the police decided to revisit the subject and publish a similar picture, but this time featuring a half-naked male worker with a beer belly with young police women surrounding him. “One more summer refreshment, this time from Prague 1, at the express request of a worker from a nearby building,” the post reads. The post on Wednesday, of a young woman was deleted by the city police from Facebook because of the criticism that it was sexist.