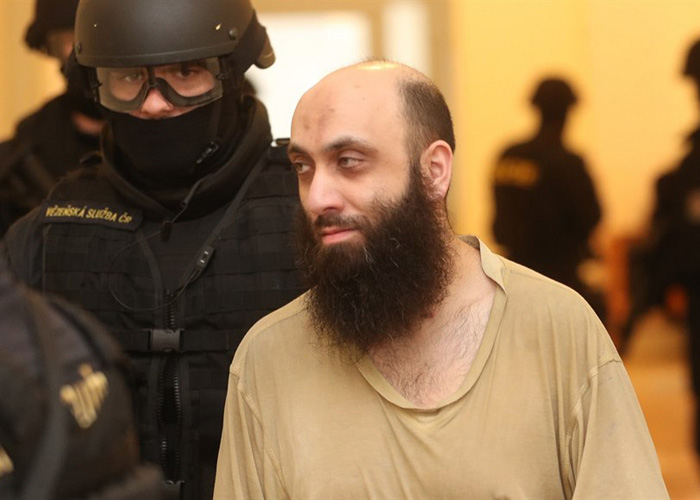 The Prague High Court upheld former imam Samer Shehadeh’s conviction for being a part of and financing a terrorist group.

The former imam received a ten-year sentence. Samer’s brother Omar got eleven years and Samer’s sister-in-law, Fátima Hudková, six years behind bars. However, the couple is being prosecuted as a refugee, and the court ruled in their absence.

“As far as guilt is concerned, we have no doubt,” Judge Alexander Károlyi.

Shehadeh’s confession, witness statements, and records of the trio’s conversation via mobile applications were the main factors in upholding the conviction the judge said. “The evidence is completely indisputable,” he added.

In November 2016, Shehadeh helped his brother leave for Syria and join the terrorist organization An-Nusra, later known as Jabhat Fatah al-Sham (Front for the Conquest of Syria). Then, he arranged a trip for Hudková, whom he had previously given to Omar over the Internet. He also sent money to terrorist organizations several times through intermediaries.

The former imam confessed to helping his brother and his wife and sending money to Syria during the initial trial. However, he says his actions weren’t criminal because he doesn’t recognize the Syrian government nor consider the group terrorist. Advocates of the couple say their clients, especially Hudková, did not actively participate in terrorist activities.

During the initial trial, Shehadah said the Czech court’s decision is irrelevant because it doesn’t adhere to Islamic Sharia law. He refused to stand up today when sentencing. “I don’t respect your legislation,” he said. According to prosecutor Marek Bodlák, his behavior at the main trial and appellate proceedings showed how radical Islamists imagine living together with the majority society. “I think he completely revealed himself,” the prosecutor told reporters.

The police continue to search for Omar and his wife. Shehadeh has stated in the past that he last contacted them in mid-2018.

The former imam was of interest to the secret services several years ago when he called on Muslims not to attend anti-terrorist services with Christians. He left the Czech Republic in 2017 but was subsequently charged with participating in a terrorist group. Police detained him in Jordan. He was transferred to the Czech Republic in November 2018 and has been in custody ever since.