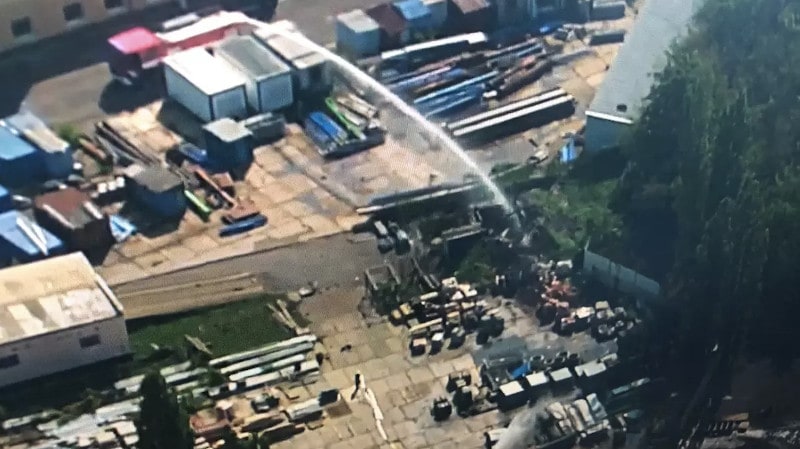 Today, police officers continue to search the site of Tuesday’s fire and explosion at an ammunition depot in Bílina. The cause of the explosiion cannot be determined yet. No one was injured in the incident.

“The investigation is at the very beginning,” she said. The warehouse is in the Chudeřice area. It is leased by the Pyrotechnic Service of the Police of the Czech Republic to store ammunition. The blasts began on Tuesday shortly before 1 p.m. The General Inspectorate of Security Forces took over the investigation of the circumstances and causes of the fire.

The Minister of the Interior, Jan Hamáček, said that the fire and the subsequent explosion concerned an ammunition cell measuring 3×3 meters, and the wood around it had ignited since the blast.

According to the management, the city did not know about the existence of the ammunition depot.

“We asked the state administration through the secretary to find out all the information about the warehouse. We assume that the Police of the Czech Republic will invite us to some action, and we will see what to do next,” Marcela Dvořáková (ODS), deputy mayor of Bílina, said today.

“We are determined to file a complaint. Today we will take advantage of the fact that the council is meeting. We will ask it to give us the authority to do so,” said Dvořáková.

She did not mention whom the city would file a complaint against. According to her, no one from the police has connected with the town hall so far.

The Minister of the Interior, Jan Hamáček, said that the building had been approved as an ammunition depot.

“This means that the city representatives also took part in the approval process,” he said. He added that the police have the warehouse leased from Mostecká uhelná.

“If the mayor (Zuzana Schwarz Bařtipánová) says that she did not know about it, then her officials probably did not pass on information to her at some point,” the minister said. Dvořáková told Czech Television that the city of Bílina was not a participant in the approval procedure.

“That is why we still claim that the city of Bílina did not know about this storage of explosives and ammunition,” she said on Czech Television.