One dead after train collides with car in Bzenec 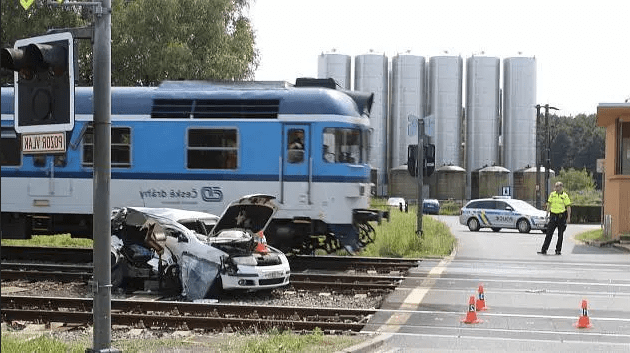 In Bzenec in the Hodonínsko region, a train with a car collided before 11:00 at the crossing. The driver of the car died, the paramedics could no longer help him. No one was injured on the train.

“The exact cause and degree of fault of this tragic traffic accident is the subject of further investigation,” Drahokoupilová said.
The accident happened in U Bzinku Street, which crosses the line near the railway station. The passenger train went from Moravský Písek to Bzenec. According to the Railway Inspectorate, the railway crossing is without barriers and has a traffic light.

A middle-aged man was traveling alone in a car. He suffered severe injuries. Rescuers tried to resuscitate him, eventually without success.

Traffic on the track stopped after the accident. Czech Railways has deployed replacement buses. From 12:45 in the section Bzenec-Veselí nad Moravou, the operation was resumed on one track. From 14:45, trains run without restrictions.