No Support For Babis Government in Lower House 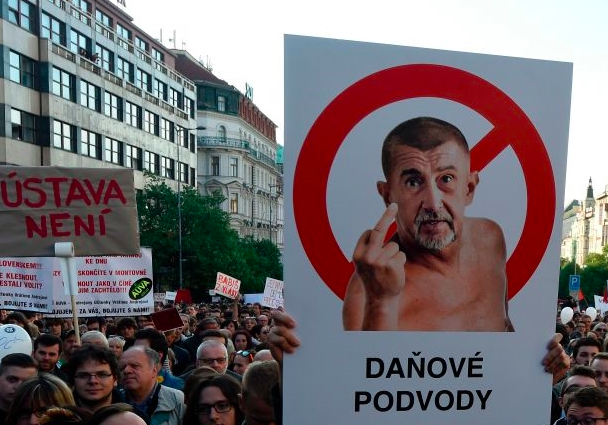 In the opposition parties, the government of Andrei Babiš did not cause a slight enthusiasm. Apart from the Communists, no party thinks that the Cabinet will support or tolerate. Opposition leaders, moreover, agree that ministers should not make irreversible steps until they gain confidence. Most of them also point out that the incontrovertible problem is that Babiš wants the police to continue prosecution.

The new government does not have a blank check to do with what it pleases, even with voting allies in the Chamber of Deputies – from the SPD or the Communists , with which the ANO has 115 deputies altogether.

SPO Chief Tomio Okamura said they did not know what the government had. “The SPD will not support a government that does not promote our political agenda,” he said in CT. He added that they are open to negotiations with ANO. “It is beyond the limits of constitutionality to rule without trust,” he said.

The Communists have already said they are willing to tolerate Babis’s cabinet under several conditions. However, according to the deputy chairman of the KSČM Jiří Dolejš,it is not clear yet. “We are not the decision yet. We are waiting for this issue at the beginning of next year, “he said.

We are interested in his plans and ODS will not block any individual ideas that are in line with our programPetr Fiala, ODS chairman

CSSD chairman chairman Jan Chvojka does not expect the government to have confidence despite the Babis promises. “The CSSD deputies will vote as one man and woman against the emerging government of Andrei Babis,” he said. His reason was that Babis had not acted with support at all. “It would be ideal if she did not do anything until she went for a month to trust,” he added.

Pirate Deputy Prime Minister Jakub Michalek also said that a government that does not have confidence should behave with restraint and not make any fundamental decisions. “We keep the word and we will not support the emergence of the government of Andrei Babiš on the grounds that there is still a process of publishing, which is constantly delayed,” Michálek said.

According to ODS chairman Petr Fiala, the government has been set up in a non-standard way, and therefore will not support it. “The way and the speed of this ANO mono-government ministry has confirmed that Andrei Babiš does not see any real interest in any major coalition and wants to rule himself,” Fial said. He added that they would accept Babiša’s invitation for a meeting they would like to introduce to the government. “We are interested in his plans and ODS will not block any individual ideas that are in line with our program,” Fial added. Babiš wants to act with the parties from December 19th.

We can not imagine that we would be for Andrey Babiš’s minority government or that we would tolerate it byVít Rakušan, Vice-Chairman of STAN

“We will not support the government in which the prosecuted person sits. Neither tolerance is at stake, “said Jan Bartošek , deputy chairman of the KDU-CSL . According to him, the government without trust is “fraud on voters”.

TOP 09 will not support the government either. He expects the ministers to be restrained in their residences. “The government without confidence should certainly not make a crucial decision, even though Andrej Babiš and Miloš Zeman are trying to talk about something else now,” said President Jiří Pospíšil .

STAN and the people of Kenya are speaking in the same way. “We can not imagine that we would be for the minority government of Andrei Babis or that we would tolerate it. The main problem is that this is the person to be prosecuted, and such a person should not be the prime minister, “STAN Vice President Vít Rakušan said.