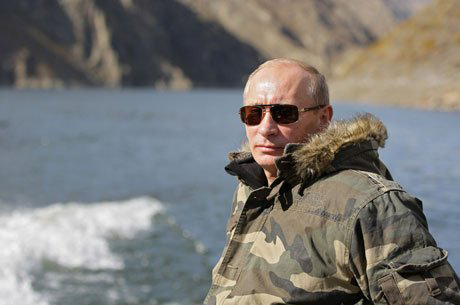 Russia will expand its reciprocal list of barred EU officials in response to “hostile steps” by the European Union against Russian citizens. The Russian Foreign Ministry said today.

Moscow will ban other representatives of member states and EU institutions from entering Russia, but Russian diplomacy spokeswoman Maria Zakharov did not specify at the press conference who will be affected or what actions they are reciprocating. According to her, Russia has “a reciprocal list of representatives of EU countries and institutions who are banned from entering Russian territory.”

According to the Russian spokesperson, the EU has recently taken several hostile steps towards Russia and Russian citizens. The bloc applies sanctions regardless of international law and due to “imaginary, absurd pretexts,” Zacharov said. According to her, Moscow has repeatedly warned the union against the spite of such an approach, but “in the EU, they ignore our proposals to have a factual, professional, fact-based dialogue and, as before, prefer sanctions.” “If the EU continues this conflicting approach, we reserve the right to respond adequately,” she added.

According to the AFP agency, Zacharov did not directly link the sanctions and poisoning of the Russian opposition leader Alexei Navalny, but criticized the “disinformation campaign around the Russian citizen Navalny led by Western states, their leaders and officials.”
“We consider this rhetoric to be completely unacceptable. There is no evidence (against Russia),” she said.

AFP recalled that the head of the EU diplomacy Josep Borrell recently mentioned the possibility of adopting a law named after Navalny, which would introduce sanctions. According to Borrell, the EU considers the poisoning to be an attempt to assassinate Navalny with a banned chemical weapon.

The West demands clarification and a thorough investigation from Russia. Moscow says there is nothing to investigate because Russian doctors have found no toxic substances, and evidence is lacking to launch an investigation.

This month, EU member states approved another six-month extension of sanctions imposed by the community on specific individuals for their contribution to the violation of Ukrainian sovereignty and territorial integrity. Sanctions currently cover 175 people and 44 companies or institutions. Individuals and entities on the list are prohibited from traveling to EU countries, their assets in the EU are frozen, and they are prohibited from obtaining loans in the Union. In January, the list was expanded by seven people, including the newly elected Prime Minister of the annexed Crimea Yuri Gocanuk or the Governor of Sevastopol.

The EU first imposed these sanctions on Russian officials, companies, and institutions in 2014 following the Ukrainian peninsula’s annexation, which the union considers a violation of international law.

The EU is also imposing economic sanctions on specific sectors of the Russian economy, which are currently in force until the end of January. These sanctions are targeted at the financial industry, certain areas of energy and defense, and so-called dual-use goods.