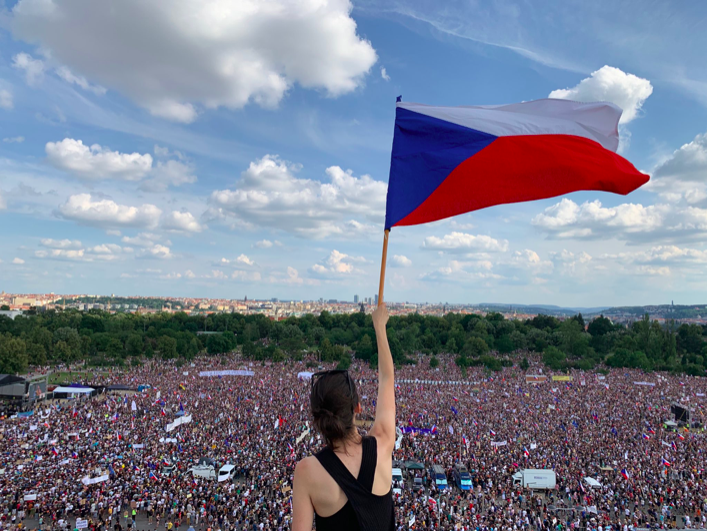 The group A Million Moments for Democracy plans to deliver an ultimatum to Prime Minister Andrej Babiš (ANO) in a mass protest march on Saturday: resolve his conflicts of interest and dismiss the justice minister – or resign.

Group leader Mikuláš Minář told at a press conference on Monday protesters want Babiš to exit the holding company Agrofert, which he put in trust funds in but allegedly remains the beneficial owner of, and the numerous media outlets he owns.

If he does not do so, ‘Million Moments’ will stage another wave of weekly protests, Minář told reporters. At the group’s last demonstration in June, more than 280,000 people turned out to call for Babiš to step down. It was the biggest protest since the Velvet Revolution thirty years ago.

The Slovak-born billionaire has been dogged by accusations that a decade ago he illegally obtained 2 million euros in EU subsidies to develop his Stork Nest complex and continues to serve his own business interests, despite placing them in a trust.