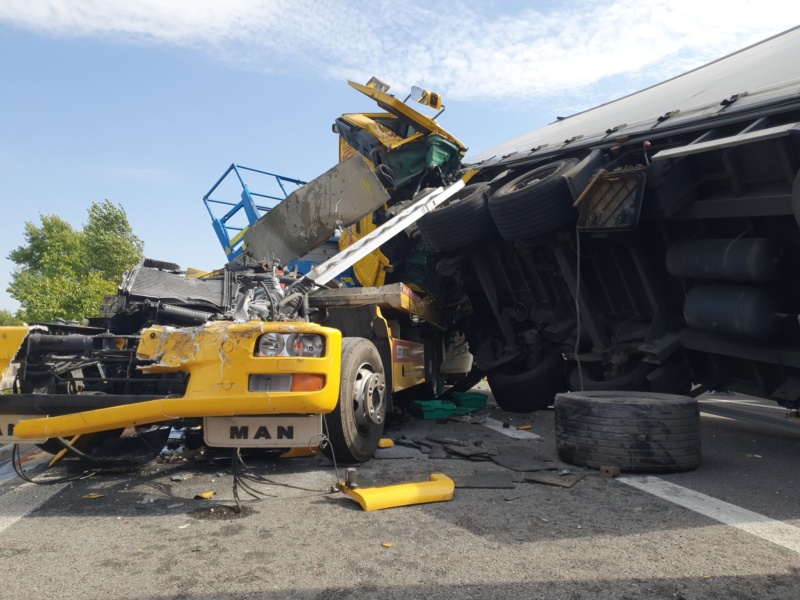 A mass accident of six cars closed the D1 motorway in front of exit 210 near Holubice in the Vyškov region shortly before noon today. The motorway in the direction of Prague will be impassable until late in the afternoon. Police officers divert traffic to exit 210. The detour route leads along road 430, and cars return to the motorway at Rohlence. Three people were injured in the accident, five rescue crews, including a helicopter, intervened on the spot.

Shortly after, the accident reports indicated that at least three trucks had crashed. Two drivers were being rescued from the truck by firefighters. A police spokesman for Vala later clarified that a total of six vehicles, both trucks, and cars, had the accident. The cause of the accident was probably insufficient attention to driving.

“So far, we are working with the variant that the driver of the last car, a truck with a foreign license plate, did not pay enough attention to driving and crashed into a column in front of him, which was formed there due to heavy traffic,” Vala confirmed before 3:00 p.m.

It took about two hours to rescue the drivers from the trucks. Rescuers managed to give them an infusion and painkillers.