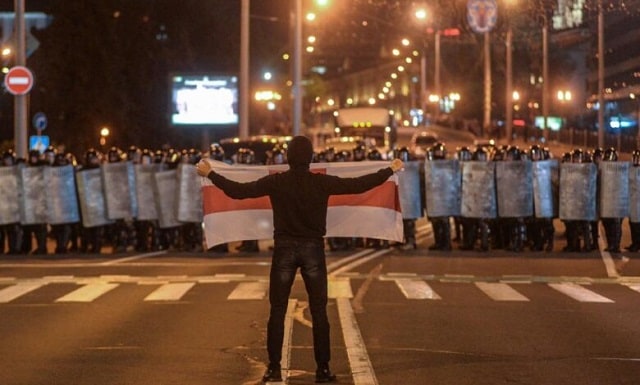 Czech Foreign Minister Tomáš Petříček tweeted that today’s inauguration of Alexander Lukashenko by the President of Belarus is illegitimate because the August presidential election was not free or fair.

The inauguration for Lukashenko’s sixth term took place despite mass protests that erupted in the country following the official announcement of his questioned election victory. The opposition considers the vote’s result to be falsified, and the European Union does not recognize Lukashenko’s election win.

“The elections in Belarus did not take place freely and fairly. That is why their results are not legitimate; that is why Alexander Lukashenko’s inauguration today is not legitimate. Belarusian civil society has the full support of the Czech Republic. Belarusians deserve freedom,” wrote the head of Czech diplomacy.

Demonstrations began in Belarus shortly after the authorities announced that Lukashenko had won the election with more than 80 percent of the vote. Many Belarusians are convinced that this result is falsified, and the opposition, like the EU, does not recognize it. Protesters demand the departure of Lukashenko and new elections. Demonstrations against the man, who has ruled the country for 26 years and is described as the last dictator in Europe, continue despite the often brutal police interventions and arrests.