Linda Fruhvirtova at 14 is youngest player at Wimbledon 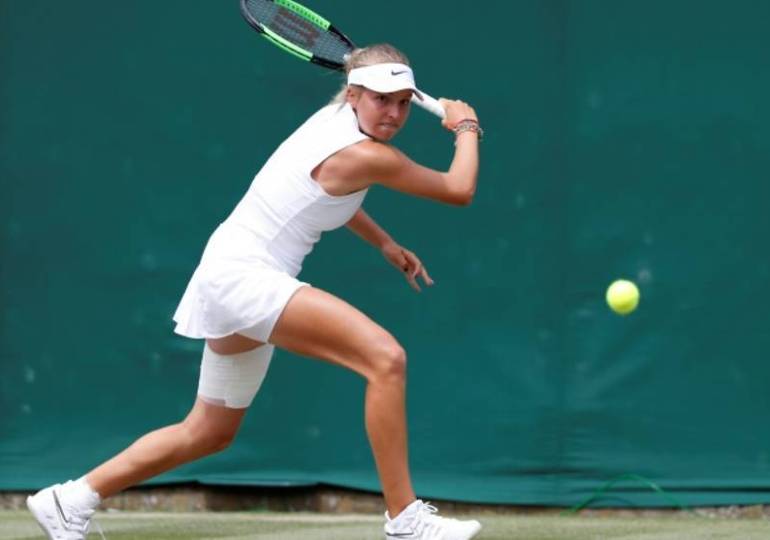 Czech teenager Linda Fruhvirtova is the youngest player to compete at this years Wimbledon tournament.

It was not so long ago that the Czech teenager was scrambling for autographs from the big stars in tennis; now she is playing on the very same courts.

Fruhvirtova, who turned 14 in May, is competing in the juniors at Wimbledon, balancing her debut on the prestigious lawns with her school books.

“I always went for exams and tests to school but I don’t have a problem to manage school with tennis,” she told AFP.

“I’m really good at school — and I want to keep it like that. I like most of the subjects.”

“A few years ago I did collect autographs. So many. The Czech players, Kim Clijsters, Victoria Azarenka.

“A lot of the top Czech players practice at the club where I did. I usually get to meet them quite often. We say hi.”

The youngster, who wears braces on her teeth and bracelets for luck on her wrist, is currently on her career high junior ranking of 31.

The teenager made her Grand Slam juniors debut in May at the French Open and this is her first time playing at the All England Club.

“Wimbledon is a great experience, for sure. This is a beautiful Grand Slam. It has its traditions, playing all in white, and there are so many flowers. It’s just unique,” she said.

Fruhvirtova lost her third round girls’ singles match to Indonesian 16-year-old Priska Madelyn Nughroho 4-6, 6-3, 6-3 on Wednesday, missing out on a quarter-final place.

She is still in the doubles with 17-year-old compatriot Kristyna Lavickova, playing in the second round on Thursday for a last-eight spot.