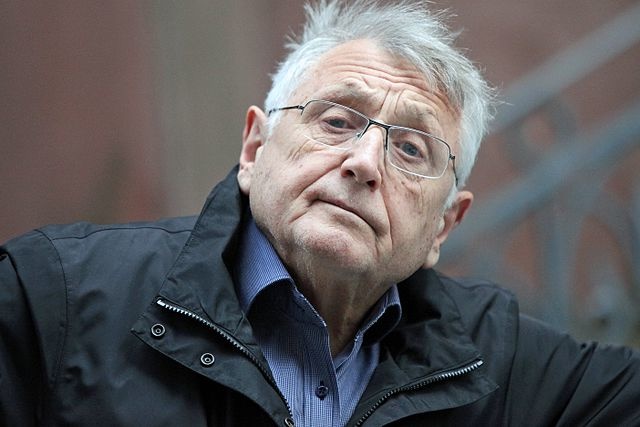 Czech Oscar-winning director Jiří Menzel died on Saturday evening at the age of 82. His wife, Olga Menzelová, announced it on Facebook today. In recent years, Menzel has struggled with severe health problems. As a director, he has about two dozen films to his credit and has appeared in several films. In 1967, he won the American Oscar for Foreign Language Film for his film Closely Watched Trains, based on a novel by Bohumil Hrabal.

“Jiřinka, our beloved, the bravest of all the brave ones. Last night (Saturday) at home in our arms, your body left our earthly world,” the director’s wife said on Facebook. Menzel has not appeared in public in recent years after undergoing a demanding multi-hour head surgery in 2017. After that, he was kept in artificial sleep for several weeks. “Thank you even for the difficult last three years. You kept helping me. With your bravery, taste, great will to live and humor,” Menzelová wrote today.

“Thank you for everything he has done for us. Goodbye, sir,” his younger colleague, director Jan Hřebejk, said on Twitter in response to the news of Menzel’s death.

“I’ve always been more fortunate than common sense in my life,” Menzel said in 2016, recalling the Oscar-winning film Closely Watched Trains. “The offer to make a film fell from the sky for me as a film beginner. Another luck was that people surrounded me without whom the film could not succeed while working on this film. More than the prizes and medals I received for this film was for me a lifelong friendship with Bohumil Hrabal, “he added.

A large part of Menzel’s work as a director was connected with Hrabal’s work. Already one of Menzel’s first films, Pearls at the Bottom from 1965, produced Hrabal’s short stories. At that time, Menzel participated in the movie with other personalities of the Czechoslovak new wave. According to Hrabal’s books, in addition to Closely Watched Trains, Menzel also shot films Skřivánci na niti, Postřižiny, and The Snowdrop Festival. His last Hrabal adaptation and penultimate directorial achievement was the film I Served the King of England from 2006.

But Menzel also made films based on the works of the writer Vladislav Vančura, such as Whimsical Summer and The End of Old Times. In other films, he collaborated with Zdeněk Svěrák and Ladislav Smoljak, with whom he met at the end of the 1970s in the ensemble of the Jára Cimrman Theater. This created the films Na samotě u lesa or Vesničko má středisková. The film Vesničko má středisková was nominated for an Oscar in 1985.

Jiří Menzel’s last directorial work was Donšajni from 2013. As an actor, he appeared in cinemas in 2018 in the main role of the film The Interpreter, which was shot before his head surgery in 2017. In addition to film, Menzel also directed theater. He also taught at the Film and Television Faculty of the Academy of Performing Arts (FAMU) in Prague.