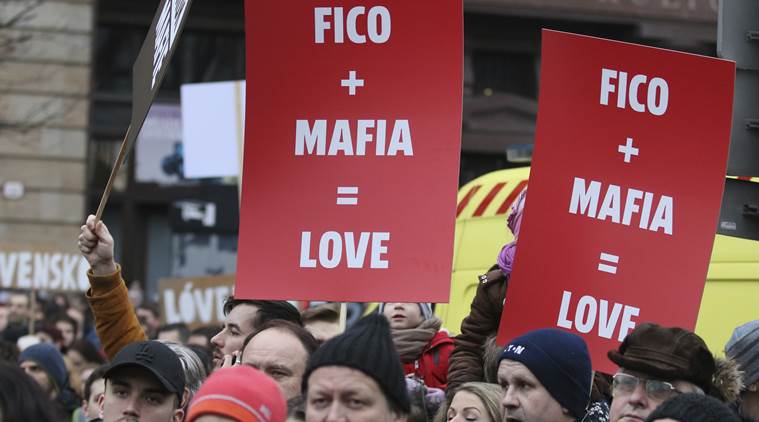 The organizers of the demonstrations against the government of Slovak Prime Minister Robert Fico, which were the largest since the 1989 anti-Communist rally, have called another demonstration this Friday and demanded the resignation of Fico’s Cabinet.

“It is a legitimate requirement for the civilian public to live in a country where corruption is not standard and where there is no link in organized crime in government circles,” said the organizers of the demonstrations after the announcement of the Kalinak resign as minister.

In addition to the government’s demise, they also demand a thorough and independent investigation of the murder of journalist Ján Kuciak and his partner and the investigation of all the cases Kuciak pointed out.

In his unfinished article, Kuciak wrote about the activities of Italian businessmen in Eastern Slovakia who are associated with the mafia with the media, as well as the links of one of them to close associates of Fica. In the past, the reporter has also raised suspicion of tax fraud, which also involved people in the media known to be close to Fico’s side.