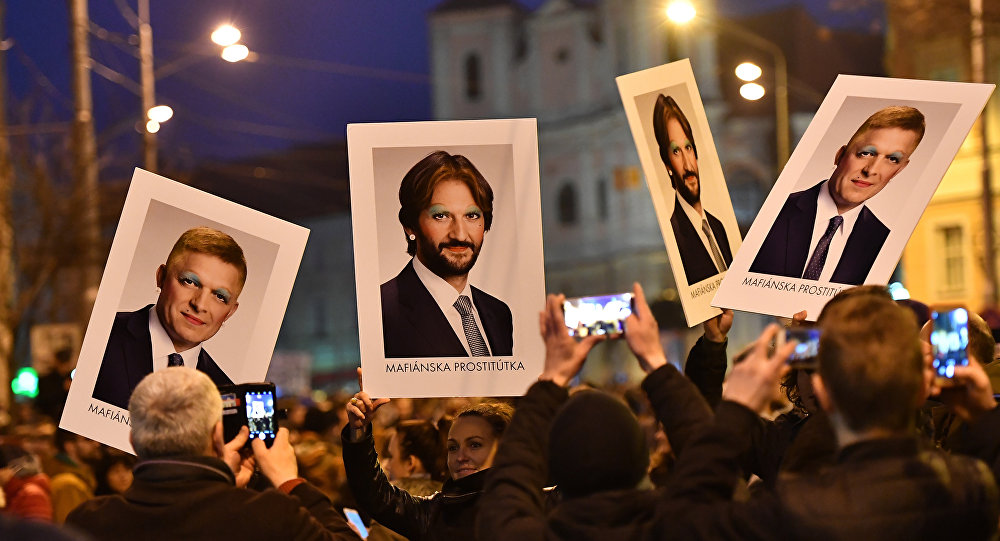 Slovakia’s Interior Minister has resigned following the biggest street protests in decades over the death of Jan Kuciak, an investigative journalist.

On Friday, an estimated 50,000 people rallied in Bratislava and thousands more in other cities to call on Slovakia’s Prime Minister, Robert Fico, to dismiss his closest ally, Robert Kalinak.

“It’s important for stability to be maintained, therefore I decided to resign the post of deputy prime minister and Interior Minister,” Mr Kalinak said.

Mr Fico is hoping to keep his coalition government together after demonstrators demanded the resignation of his cabinet and a thorough investigation into Mr Kuciak’s death.

His junior partner in government, the Most-Hid (Bridge) group, had demanded he dismiss Mr Kalinak, a founding member of his Smer party, by Monday.

Critics argue Mr Kalinak, who oversees the police as Interior Minister, cannot guarantee an independent investigation into the killing of Mr Kuciak and his fiancee.

It is unclear if Mr Kalinak’s resignation will satisfy the party. Its leadership is meeting later on Monday.

Mr Kuciak’s last, unfinished story was about the activities of the Italian mafia in Slovakia and their ties to people close to Mr Fico, whose government is allegedly also linked to other corruption scandals.