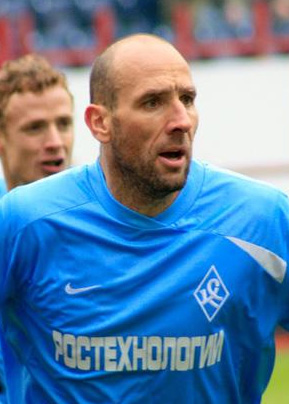 Jan Koller was inducted into the Czech Football Hall of Fame today.

Koller who is now 47, scored a record 55 goals in 91 games for the Czech national team. After Pavel Nedvěd and Karel Poborský, the giant ex-striker is the third player of his generation to make the national hall of fame.

Koller works part time for his former club, Borussia Dortmund, but says he has no desire to work full time in soccer.