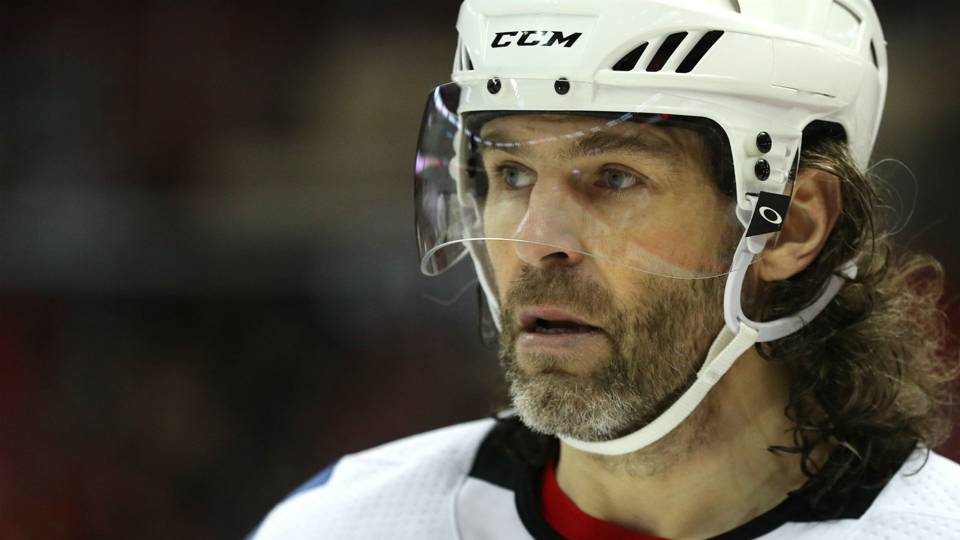 Star hockey forward Jaromír Jágr returned to the ice on Wednesday for his 33rd professional season.

The Kladno Knights lacked attackers due to health reasons, so Jágr decided to play. The owner of the Central Bohemian club, with assistance, participated in the 7: 5 win over Dukla.

“It was all in a hurry, I couldn’t even find ticks, gloves, skates,” Jagr said after the match, when he entered the empty auditorium for the first time in his career. “But I didn’t focus on that, I focused on myself. We had a problem that we didn’t have enough players, so if I didn’t play, we would have a vacancy and we would have to switch players. I expected not to play much. and I go to the ice from time to time to rest the other lines, “admitted the forty-eight-year-old striker, who scored the previous competition start more than nine months ago.

Jágr joined the fourth attack together with Matyáš Filip and Tomáš Guman and spent 13:43 minutes on the ice. But he did not deal with interplay with them in advance. “The players didn’t even know I was going to play. We talked to the coaches. We considered calling the players from the 18, but they couldn’t go back, so we dealt with it this way,” said the most productive European in NHL history. . “In the end, I’m glad I went for it. It looks different from the inverter,” Jágr admitted.

He did not want to evaluate his performance too much, the key for him was that Kladno won. “We needed to get closer to them. If we lost, they would have a big lead,” he said. The Knights have moved to second place in the table and are losing five points to Jihlava, but they have played two fewer matches. “It’s the last game this year, so it’s better if you win it. You’ll have a better Christmas. And it met expectations,” said the Olympic champion, two-time world champion and two-time Stanley Cup winner.

Anyway, he was glad he got on. “Because I saw reality. It’s different from the switch, and to be honest, I wasn’t too happy with what we were doing. In the first period, it was perhaps the worst hockey I’ve ever had in my career, but we talked about the break. that we have two goals: we have to turn it around and win, and the second, that we have to start playing completely differently, because that’s how we wouldn’t get anywhere in the season, “said Jágr. He continues his active career also because he wants to help the parent club to advance to the extra league.

Although Jágr started in the fourth formation, he also went to the ice for overtime games. “You don’t even need tactics in power play, we know what we want to play with Pleky. We didn’t even have to say that,” he pointed out the cooperation with Tomáš Plekance, with whom he played in the national team and Kladno jersey in the past.

The twelve-time winner of the Golden Hockey Stick for the best hockey player in the Czech Republic also presented himself at the beginning of the match with an unconventional points. “I’m almost fifty years old, I’m 120 kilos, with 130 gear. Not that I want to hit someone, I couldn’t stop it. I didn’t want to do it, the poor boy got in my way,” Jagr smiled.

Before the start of the season, it was speculated that Jágr could play for Sparta in the extra league. Recently, Kladno began cooperating with Pardubice. His move among the elite is said to be out of the question. “I don’t have it. Maybe it would be a topic if I felt good, trained and played well. No one wants a player from the fourth line of the second league,” Jagr laughed.