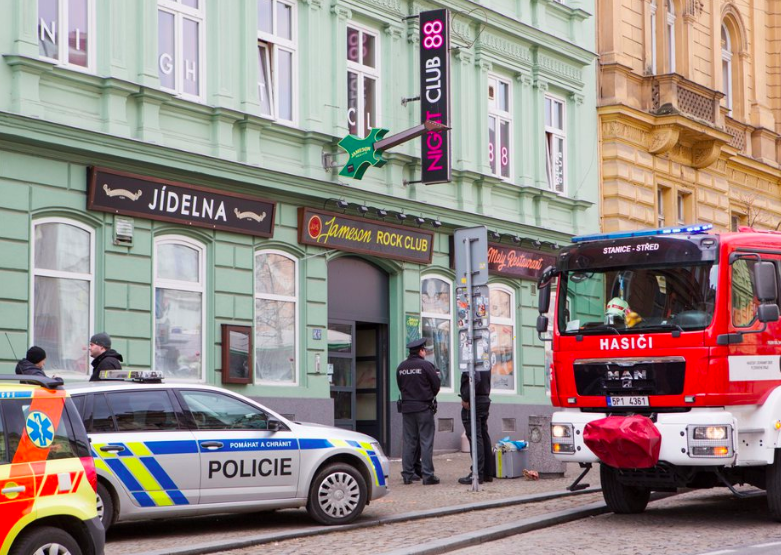 A coronary attack was preceded by an incident during which one of the men present was injured in the club. Then a woman, allegedly a prostitute, threw the acid into two other men and womens faces. Their faces are seriously burned. “The injured were transported by helicopter to the Prague Burning Center, two men were transported to the Emergency University Hospital in Pilsen,” said Rescue Officer Martin Brejcha.

The attacker also injured herself with the acid and ended up in surgery in the Pilsen Teaching Hospital. The cops are now trying to tell what exactly happened and what the substance is “We will know what particular chemical substance after conducting tests,” police spokesman Pavla Burešová added.

The most wounded woman suffered chemical burns to her face and chest. “She’s in a stabilized state,” said Hana Vránová, a spokeswoman for Prague’s Vinohrady Hospital. Also stable are two men in Pilsen Teaching Hospital.

Several crews of rescuers, police and firemen intervened at the club. “We helped with the treatment of the wounded upon arrival. Our next task is to find out what happened, “ said Jan Beran, commander of the intervention. Upon completion of the police investigation, the fire department decontaminates the area.