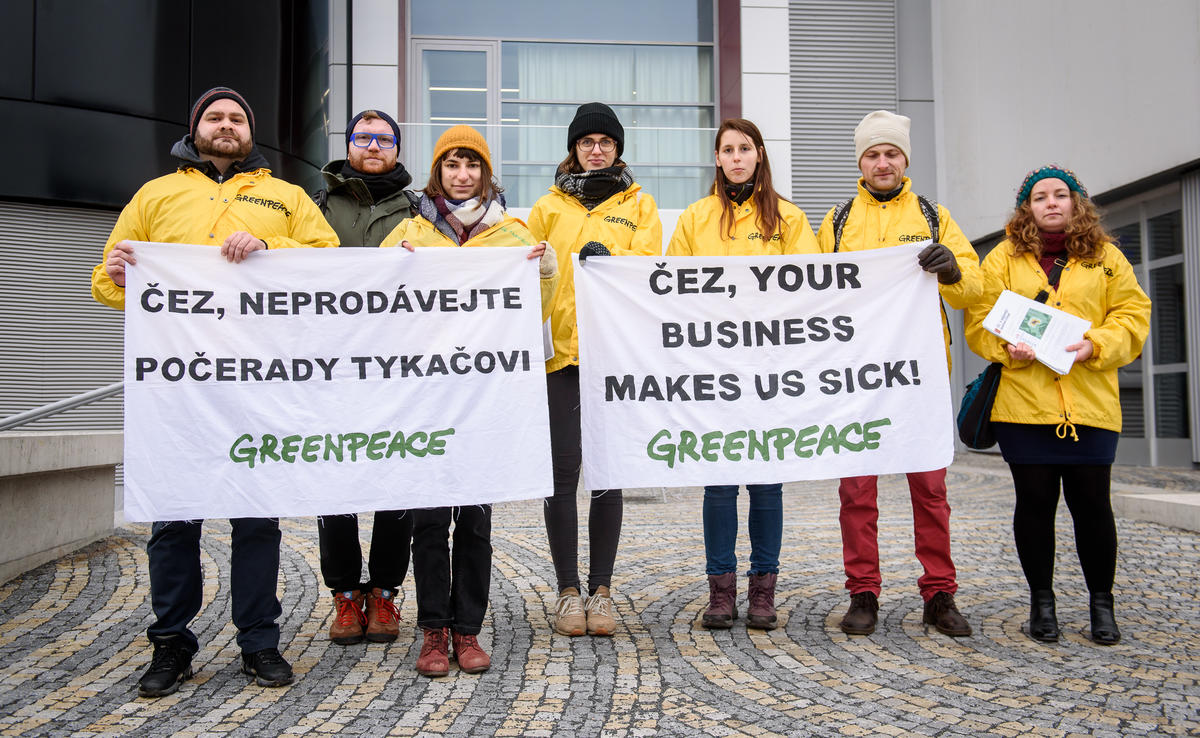 Activists from the environmental pressure group Greenpeace disrupted the ongoing general meeting of state-controlled utility ČEZ on Wednesday to protest against the possible sale of the Počerady coal-fired power plant.

Six of some two dozen Greenpeace activists managed to get past security and enter the hall while the meeting was underway. They were carrying banners reading “Stop the Počerady sale” and “Climate change starts here”.

Počerady is among the Czech Republic’s biggest coal-fired plants. ČEZ’s supervisory board had rejected a proposed sale of the plant in May 2017. Environmental activists want it decommissioned.