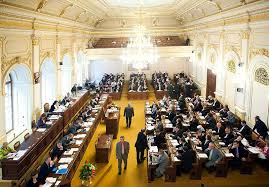 The lower house of the Czech Republic’s Parliament has approved new legislation that defines the state’s responsibilities and rights in fighting the pandemic in a hard-hit European Union country.

It’s a step to end a political crisis that started last week after the lower house refused the minority government’s request to extend the state of emergency, a powerful tool that gives the Cabinet the extra powers needed to impose nationwide restrictions and limit people’s rights.

In defiance, the government re-declared the state of emergency at the request of the leaders of all 14 Czech regions, who said they do have not enough powers to fight the pandemic.

Some legal experts and politicians argued it violated the Constitution.

But without the state of emergency, some key restrictive measures would have to be cancelled at a time the country has been facing a surge of a fast-spreading coronavirus variant first found in Britain.