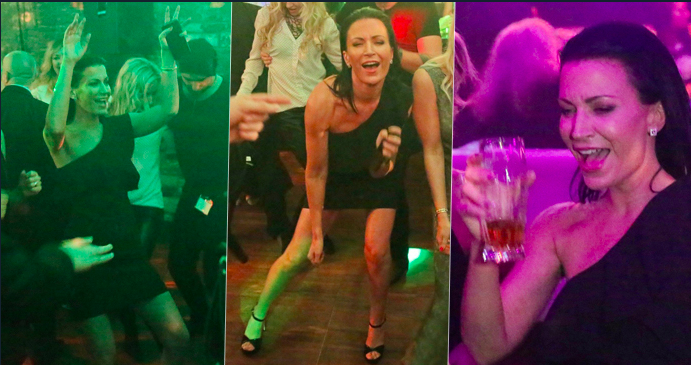 Shortly after announcing the breakup with her husband billionaire Daniel Farnbauer Gábina Partyšová arrived at the gala event, Czech Nightingale, with her son Kristian as her escort.  She sent the boy home early though so she could party the night away!

At the Karlín Music Theater, where the party was held, she was very drunk, drinking beer and whiskey shots one after another until she was the queen of the dance floor. At least in her mind. In her black miniskirts, she danced quite provocatively shocking other guests.

Throughout the night she carried one drink in one hand and her mobile in the other while partying like a rockstar!