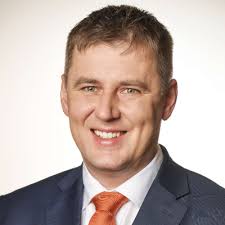 In an appearance on DW’s Conflict Zone Foreign Minister Tomas Petricek said that Babis’s corruption ‘leave bad taste’. Asked at what point he would leave the government he said the alternative to the current coalition would be one “supported by populist and extremist forces”

“That’s why we probably bear the costs of this coalition.”

On climate change, the Czech prime minister himself said at a recent EU meeting on emissions targets, “Why should we decide 31 years ahead of time what will happen in 2050?”

Petricek said such policies did need to happen now but “as an industrial, export-oriented country, we would like to see that all the options that are on table will not lead to de-industrialization, loss of jobs. We don’t want to have a jobless future.”

Freedom House has also reported that “xenophobic, anti-refugee rhetoric has been voiced” by Babis and Czech President Milos Zeman. How helpful was that?

“It is not helpful,” said Petricek, but this was not only a problem in the Czech Republic.

“We have witnessed this trend across the European Union and we need to have a strategy how to fight it.”