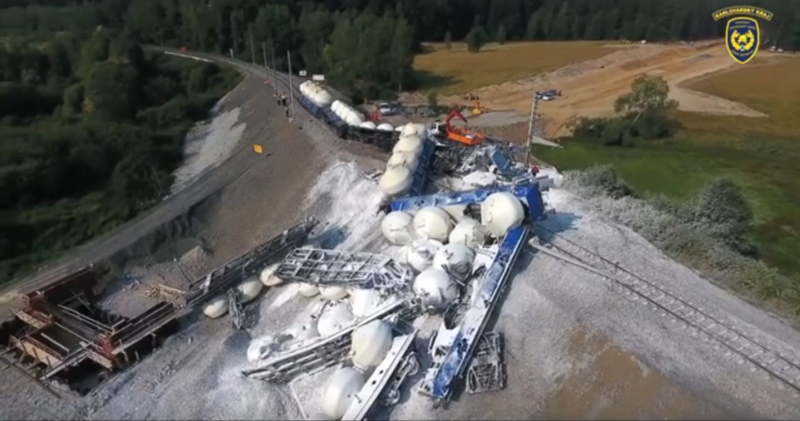 The Czech fire service released drone footage on July 29 showing the aftermath of a freight train derailment near Marianske Lazne, about 12 kilometers from the German border, the previous day.

Two engines and 16 wagons carrying limestone were involved with the incident, the fire service said. One person was reported hurt.

The fire service also released a video showing the moment of the crash that they said was recorded by a witness.