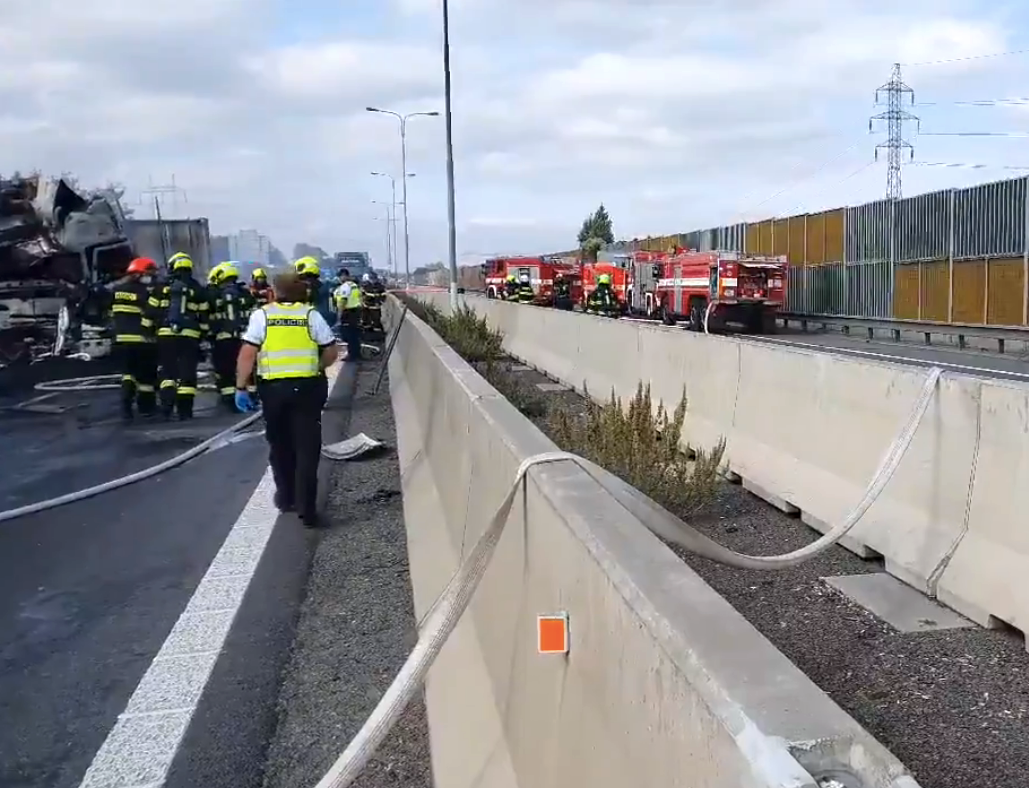 In a massive car accident involving two trucks and four cars on the D1 motorway on Brno’s outskirts, three people died, including one child, and three were injured with one woman in serious condition. Columns formed all day. The motorway in the direction of Brno remains closed. According to the Unified Traffic Information System, the ŘSD could be open before midnight.

“The accident must be documented and the consequences of the accident removed,” police spokesman Petr Vala said. Jan Rýdl, a spokesman for the Directorate of Roads and Motorways, tweeted, “the fire damaged the asphalt surface very extensively.”

The accident happened before 11:00 at approximately the 188th kilometer in the direction of Brno. The road to Prague was temporarily closed due to the intervention of rescuers. The operation was resumed there afternoon.

Some vehicles started burning after a mass accident. “The car is completely hit, as is the semi-trailer of the first truck and also part of the second,” said firefighter spokesman Jaroslav Mikoška. The damage caused by the fire will be in the millions of crowns, he added. Firefighters were on the scene within seven minutes, sounded the second level of alarm, had 12 pieces of equipment on site.

Three people, including a child, died before the rescuers arrived. The rescue service on the spot treated three injured, severely injured women and transported two moderately injured men to the Brno University Hospital in Bohunice, said rescue spokeswoman Michaela Bothová. A Hospital spokesperson would not provide information on the condition of patients.

The cars that remained in front of the accident site in Brno’s direction were turned back by the police and led off the highway via the Kývalka exit. Vehicles from the motorway exited either at exit 182 Kývalka or exit 178 Ostrovačice, but they hit heavy traffic and on detours all day in both cases. The highway had been driving since about the Nine Crosses.