Ex-Imam gets 10 years for supporting terrorism 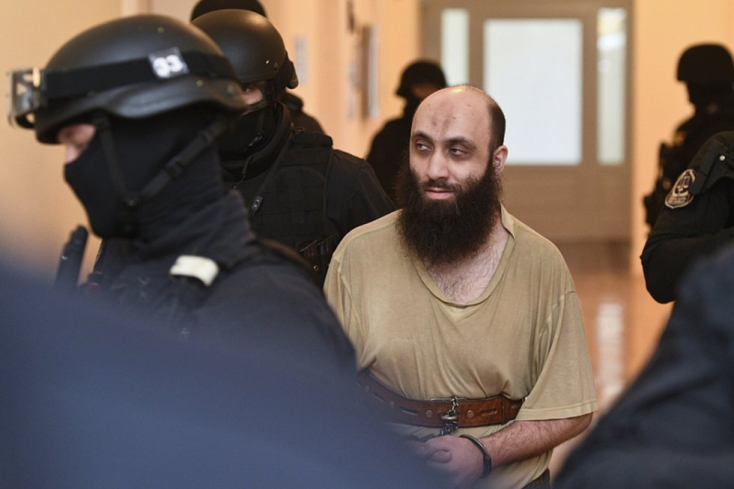 Former Imam Samer Shehadeh was sentenced to ten years in prison. His brother Omar received an eleven-year sentence, and his brother-in-law Fatima Hudkova got six years.

The indictment blames Samer Shehadeh for helping his brother to go to Syria in November 2016 and join the terrorist organization An-Nusra, later known as the Jabhat Fatah ash-Sham (Syrian Conquest Front).

According to the prosecutor, he also arranged for Hudková to travel with Omar on the internet. Hudek supported her husband and practiced with him in arms. She described herself as a mujahideen (holy warrior) and a terrorist.

At the same time, the former imam sent money to the terrorist organization, according to the prosecution through the intermediary, in one case through Hudkova and his brother. According to Shehadeh’s testimony, this money went to help the wounded. He didn’t care whether civilians or warriors. “I do not understand that under your legislation, it may be a crime. The wounded is hurt,” he said earlier.

The former imam confessed to helping his brother and his wife and sending money to Syria at the trial. However, he does not consider it criminal because it does not recognize the Syrian government and does not perceive the organization as terrorist. He further stated that the decision of the Czech courts is not essential for him, that they do not decide according to Islamic law sharia.

According to Kateřina Radkovská, the chairwoman of the criminal senate, the guilt of the trio was undoubtedly proved. “The court has no doubt that the defendants Samer Shehadeh and Omar Shehadeh knew well where Omar was going and what he was going to do, that he would voluntarily join the terrorist organization An-Nusra,” she said.

Hudkova’s lawyer defended the woman by not engaging in the activities of a terrorist organization and washing and cooking at home. But the judge refused. “The reports she sent show that she knew what organization she was involved in,” the judge said. She added that Hudk herself wrote in the news that she wanted to join the jihad.

Shehadeh had been interested in the secret services a few years ago when he called on Muslims not to participate in worship against terrorism with Christians. In 2017 he left the Czech Republic but subsequently came accused of participating in a terrorist group. Police arrested him in Jordan. He was transported to the Czech Republic in November 2018 and has been in custody since then.