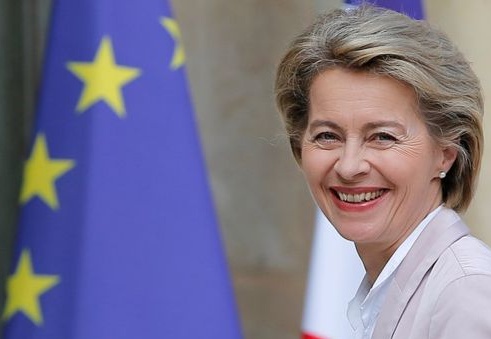 The European Union plans to punish companies transporting migrants to Belarus, whose authoritarian regime is trying to destabilize the entire union by bringing thousands of refugees to the borders of Poland and the Baltic countries. European Commission President Ursula von der Leyen said today that the EU was currently working to coordinate new sanctions with the United States. The Commission today proposed sanction rules that would allow, as a last resort, a ban on smuggling or trafficking in human beings in EU countries.

Poland in particular, but also Lithuania and Latvia, have been struggling in recent weeks with an onslaught of people trying to cross the Belarusian border. The West accuses Belarusian ruler Alexander Lukashenko of attracting migrants from crisis areas to his country and then sending them to EU borders. According to Western states, Minsk is thus taking revenge on the sanctions imposed by the 27 on the Lukashenko regime for human rights violations. The Belarusian side denies such allegations.

“It is not a migration crisis. It is an attempt by an authoritarian regime to destabilize its neighbors,” von der Leyen said today in a debate with MEPs. Shortly afterwards, the Commission presented a package of proposals in response to calls from Member States to tighten their approach. Thanks to the new legal framework, the EU will be able to punish airlines, and land or sea carriers, who engage in trafficking or human trafficking in any way. Companies that are unwilling to cooperate with EU countries will face, for example, a ban on transit through the territory of the Union, a flight over the territory of member countries or a ban on the use of ports in the bloc countries. As a last resort, they may lose their license to do business in the EU.

In recent weeks, EU officials have spoken, for example, about Turkish airlines, Russian Aeroflot and some other companies. Turkey then, together with several Middle Eastern states, limited the possibility of traveling to Belarus in order to meet EU requirements.

The Commission also wants to increase by tens of millions of euros the amount that Poland and the Baltic states receive from EU funds for border surveillance and migration processes. It also plans to set aside 700,000 euros (19 million crowns) for humanitarian aid to people stranded on the Belarusian border.

In addition, the European bloc countries are fine-tuning the fifth extension of the sanctions list, to which the names of companies, institutions and actors involved in trafficking are to be added for the first time.

“The majority of Belavia’s (Belarusian airline) fleet consists of aircraft leased from European companies. A decision will soon be taken to prevent this,” European Council President Charles Michel told MEPs today. In addition to Belavia, travel agencies and a hotel in Minsk are also to be added to the list, as well as Minsk Airport.

Polish radio station RMF FM announced that Polish Prime Minister Mateusz Morawiecki wanted to speak in today’s debate in the European Parliament. The Polish agency PAP informed about it in the morning, according to RMF FM the decision was made not to allow him to speak in the cabinet of the head of the EP David Sassoli and the heads of individual political groups did not discuss the matter. Morawiecki last spoke in the EP last month, when he objected to the unjust attacks of EU authorities on Poland following the decision of the Polish Constitutional Court on the relationship between national and EU law.