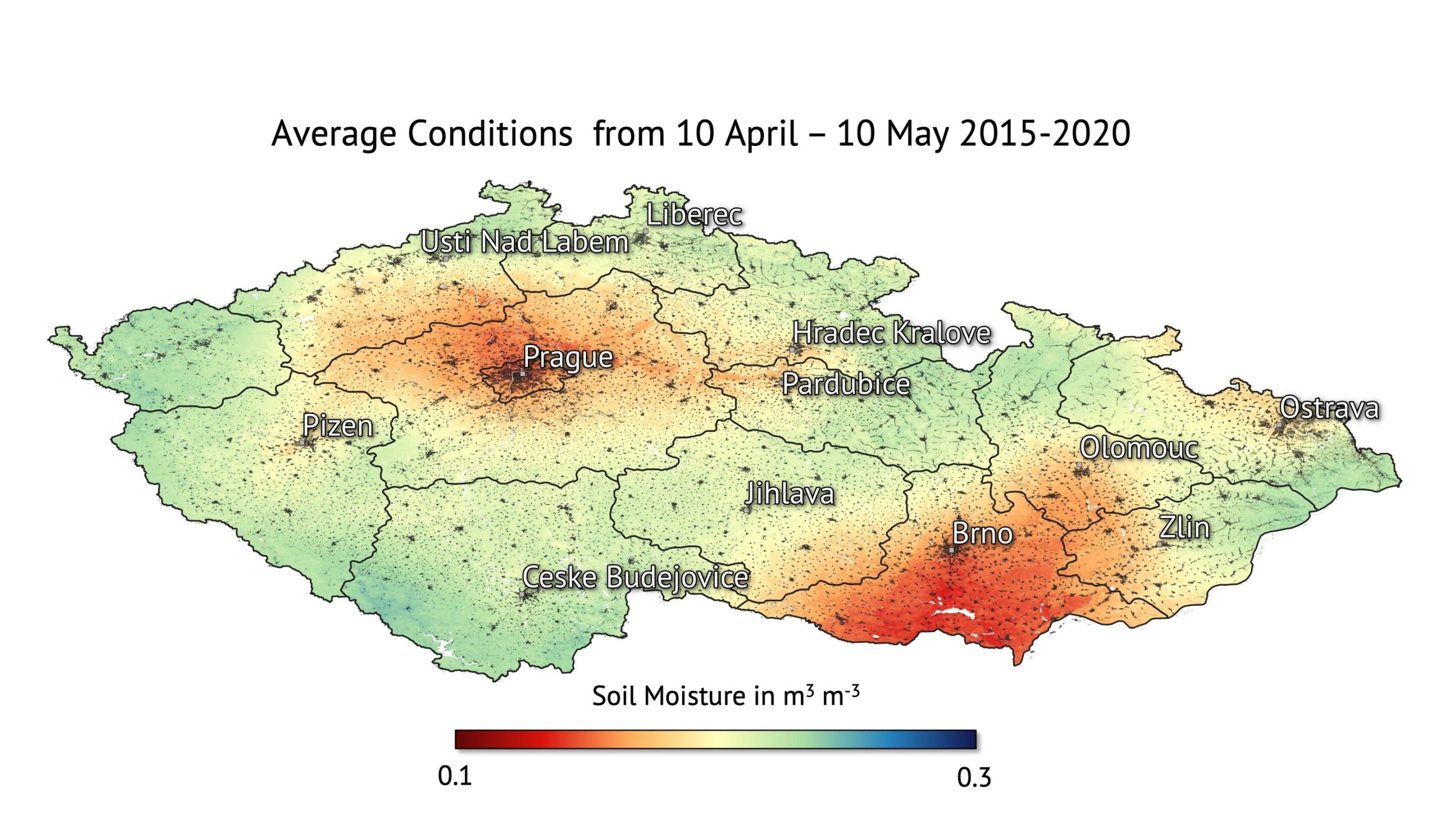 The prolonged period of dry weather in the Czech Republic has resulted in what experts are calling the ‘worst drought in 500 years.’ Scientists are using ESA satellite data to monitor the drought that’s gripped the country.

Recent maps, produced by the Dutch company VanderSat, show the extent of the recent drought in the Czech Republic. The maps show drier-than-usual soil moisture conditions from 10 April to 10 May 2020, compared to the average observations over the same period over the past six years (2015-2020).

Some areas display a 30% difference compared to the average, with the Olomouc and Ústí regions appearing to be the most affected.

Read the entire article at Phys.org