Depression and anxiety spike among Czechs amid COVID-19 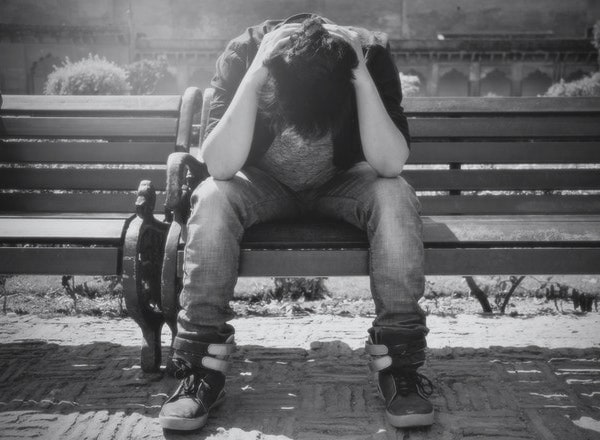 Researchers report the number of people with depression and anxiety is snowballing in the Czech Republic during the coronavirus pandemic. At the beginning of the epidemic, 20 percent of adults had symptoms, which is three times more than before the lockdown. The situation affected women, young people, and people who lost their income the most. This was shown by a study of four researchers from the Institute for Democracy and Economic Analysis (IDEA) of the Institute of National Economy of the Academy of Sciences of the Czech Republic.

“The mental health of the respondents gradually improved after the initial jump deteriorated at the onset of the pandemic, but the incidence of symptoms of at least moderate depression or anxiety is still almost double in mid-June 2020 compared to before the pandemic,” said the author team.

According to scientific findings, in 2016, around seven to eight percent of people in the Czech Republic suffered from moderate depression and anxiety. According to the study, it was about six percent of adults before the pandemic.

The study is part of Life during a Pandemic project. From mid-March to mid-June, experts asked 3,100 people about their situation and behavior every two weeks. The mental health findings include the results of 1964 people who repeatedly answered six questions from a diagnostic questionnaire for depression and anxiety. They evaluated sleep, nervousness, appetite, fatigue, interest in events, and irritability. After the introduction of the state of emergency in which the Czechia was from 12 March to 17 May, the proportion of people with symptoms of moderate depression or anxiety rose from six to 20 percent. It then gradually declined. By mid-June, it reached ten percent.

The author’s team points out that people’s lives have changed overnight, the opportunity to socialize has been reduced, and many have been left alone. There was a fear for loved ones and their health, and there was a risk of loss of income and loss of employment. In many households, it was necessary to combine work with teaching children. The uncertainty surrounding the development of the situation was disturbing.

“These and other factors affect different groups and individuals with different intensities, and in many of them, they can endanger their mental health,” the authors said. They pointed out that mental health also affects physical health. It has an impact on a person’s functioning at work, family, and society.

Symptoms of depression and anxiety occurred in 37 percent of mothers with offspring under 18 and 14 percent of fathers. According to experts, the big difference could be the unequal distribution of care in families. Mainly women stayed at the nursing home with the schoolchildren.

According to the findings, 21 percent of childless women and 12 percent of men without offspring had moderate depression and anxiety. Experts explain the difference by the more significant impact of the crisis on women. They work more often in sectors that have been affected by restrictions, such as services, trade, hospitality, or tourism. Women also reported less often that they could do their job remotely from home.

At least moderate depression was also described by 36 percent of young people aged 18 to 24 and 13 percent over 65. Other age groups were worse off than seniors but better than young people. They also improved the slowest. In mid-June, a quarter had symptoms. The authors pointed out that the results are representative only for seniors with internet access. The survey was done online.

According to the authors, the results of the analysis show that psychological support and services should be as accessible as possible. It is also necessary to provide people with clear information about how to take care of their mental health. Lessons on stress reduction should also be aimed at young people. There is also a need to reduce concerns about the further development of the pandemic. At the end of June, 85 percent of respondents thought that another wave of the disease would come in the winter at the latest. Three-fifths of people thought it would not be possible without comprehensive measures.