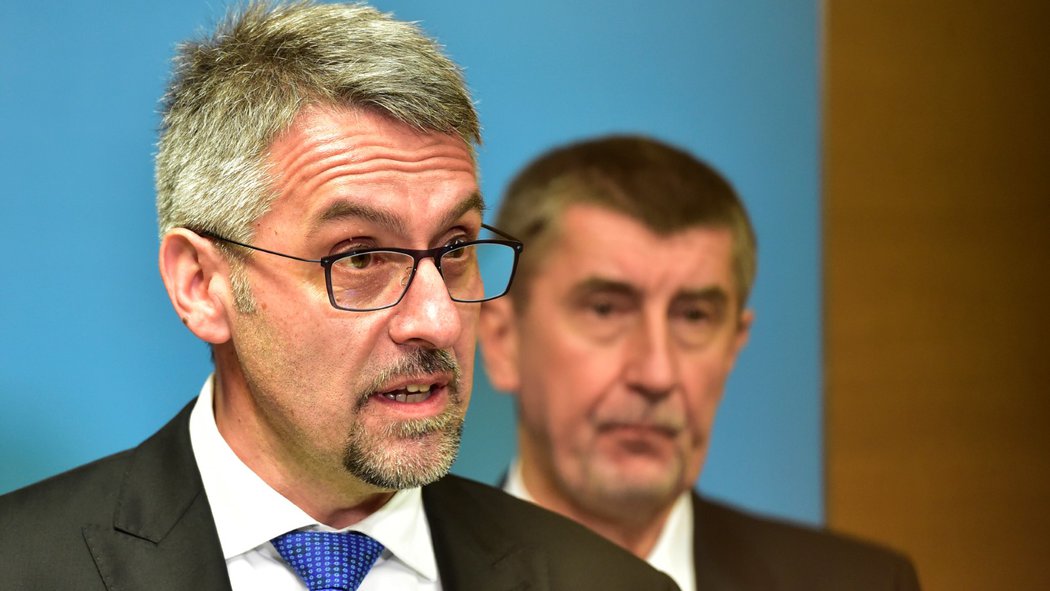 “I would withdraw if the testimonials described my job as plagiarism,” the minister said.

Prague – Defense Minister Lubomir Metnar is not about to resign because of the doubts surrounding the diploma thesis in 2014. He apologized, however, for not properly quoting the resources used. It is not, however, a plagiarism.

“I would like to apologize in this way both to the public and to the author of the publication, from which I found out in my diploma thesis that I did not properly quote,” he told journalists Metnar. “I definitely did not cheat on my intention, I’ve made a mistake more than 14 years ago, I’m sorry, and I’m sorry,” he added.

Metnar had his own testimonies, which, according to him, he had consistently stated that he did not work. “Both the Police Academy and the University of Ostrava reviews consistently claim that the job is not a plagiarism,” Metnar said, saying that he would not offer the resignation to Andrei Babiša.

“I would withdraw if the testimonials marked my job as a plagiarism,” the minister added.

Metnar graduated from the Higher Police School of the Ministry of Interior of the Czech Republic, later on at the Faculty of Education of the University of Ostrava, where he obtained his master’s degree. On Tuesday, Czech Television stated that its diploma thesis contains a list of used sources, but there are very few links to it. Some parties are taken over or slightly modified without clearly stating that it is a read-only text. Metnar himself did not rule out his resignation.

In a journalist’s question about other alleged mistakes in the work, Metnar said that “at present, word is not going to disassemble” his diploma thesis, and appealed to criticisms that his work is not plagiarism.

A review by the Police Academy, which provided the Ministry of Defense with journalists, came to similar conclusions as the University of Ostrava. He labeled the lack of quotes as lacking, but his work is not a plagiarism. “The student did not keep the resources used, but the work shows partial deficiencies, but it is necessary to say seriously that these shortcomings were removable before handing over the work and are not only for the student himself but also for the master of the diploma thesis”, states the document under which the Vice-Rector for External Relations and foreign contacts František Hřebík.

The results of the analysis on Friday were announced by the University of Ostrava, where Metnar defended the title 14 years ago.

“The Thesis.cz survey identified 45 cases of compliance, of which less than five percent were found in 39. The analyzes focused on the consistency of 11 percent, which occurred twice, eight percent and six percent. The case concerns an inaccurate citation of laws or sub-statutory standards, part of the agreement concerns similarities with the study materials – these are higher education papers published later than Lubomir Metnar’s work, “said Adam Strestružník, a spokesman for the university.