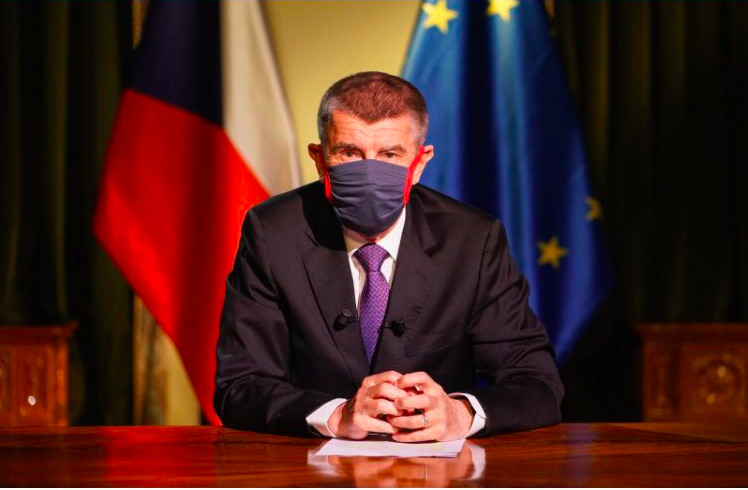 The government will take further measures against the spread of the covid epidemic on Friday. Prime Minister Andrej Babiš (YES) told reporters today that it would be a matter of reducing contacts, not a complete closure of the country. He called on people over the age of 60 to limit their contacts as much as possible due to the spread of covid-19 and to be vaccinated with a booster dose of the vaccine. At the same time, the Prime Minister did not rule out a declaration of a state of emergency. The situation was discussed today by the Minister of Health Adam Vojtěch (for YES) with the representatives of the regional hygienic stations, Babiš said.

The cabinet last modified the measures on Monday, for example, it decided to support companies that are in danger of an economic downturn.

According to Babiš, the government is increasing the number of vaccination places for Rádio Impuls, and a bed dispatching center is ready. According to the Prime Minister, there is already enough monoclonal substances to help the sick after the delivery from Germany. On Monday, the government opened a debate on the compulsory vaccination of certain professions against co-lid-19. He has to assess the duty of the inter-ministerial commission by the end of the week. Vaccination could be mandatory for those over 60, according to the cabinet. Today, representatives of the incoming government coalition, Together with Pirates and Mayors, opposed the mandatory vaccination.

Babiš did not want to comment too much on today’s speech by the candidate for Minister of Health Vlastimil Válek (TOP 09) and other leaders of the future government on their plans to fight coronavirus. They call on citizens to be vaccinated, including booster doses, and to reduce contacts. The next government wants, among other things, to introduce mandatory tests for risky contacts for the vaccinated, to recognize PCR tests and antibodies as cover certificates, to change the pandemic law, and to communicate better with the public.

“Mr. Válek does politics, he is not in practice, he is not at the ministry, I wonder if he acts like this,” Babiš said in an interview with Impuls. According to him, commenting on the press conference of the leaders of the future five-party coalition is “out of the bowl”. In addition, some of Válek’s statements are in direct conflict with what the experts who are in the professional teams of the current government of the YES and the CSSD and the future cabinet say, Babiš said. He mentioned, for example, that the future government, according to the War, is against compulsory vaccination of certain age groups. “Mr. Associate Professor (Marián) Hajdúch yesterday (Tuesday) proposed compulsory vaccination of all over 60 years,” he said.