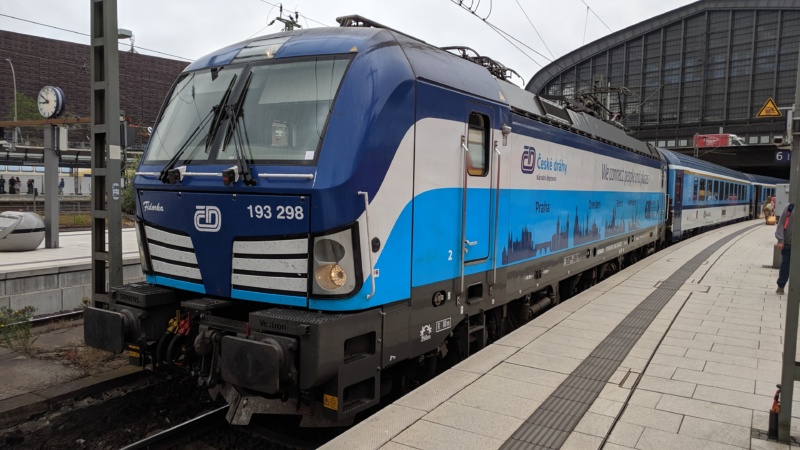 Czech Railways will pay for the abuse of its dominant position in the long-distance rail transport market in 2005–2014, not the originally set fine of CZK 368 million but CZK 274 million. Petr Rafaj, Chairman of the Office for the Protection of Competition (ÚOHS), confirmed the decision of the first instance that ČD was guilty, but reduced the fine. Czech Railways still disagrees with the decision and will file an administrative action against it.

According to the Czech anti-monopoly office, Czech Railways abused its dominant position on the Plzeň – Most and Pardubice – Liberec railways, when ČD submitted tenders with a disproportionately low amount of demonstrable loss. This is used in calculating the appropriate compensation for public transport operators.

“Thanks to this offer, Czech Railways won the tender and then began to provide services for which the payment of demonstrable losses together with other revenues from the provision of these services in this session did not cover its avoidable costs for their provision,” said Petr Rafaj. The OPC’s decision is final and the carrier must pay the fine.

However, despite the reduction of the fine, the railways disagree with the decision and bring an administrative action against it. “Czech Railways continues to believe that the decision suffers from a number of defects, among other things, it is based on an incorrect legal assessment of the matter and incorrect factual findings of an economic nature,” said state transport spokesman Radek Joklík.

In his decision, the Chairman of the Office partially upheld Czech Railway’s objections to the calculation of the fine. “The first-instance decision did not take into account the varying degrees of severity of the effects of the negotiations on trade between Member States and the national market, as reflected in the fact that the basic amount of the fine was increased equally severely for all offenses committed in parallel.”