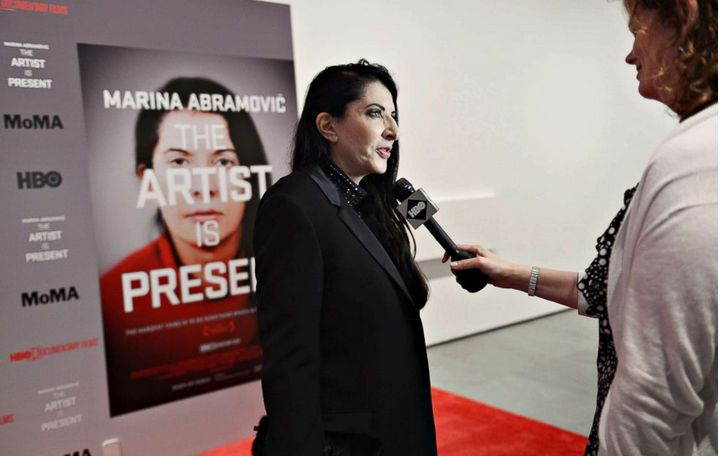 A controversial performance artist was attacked Sunday at a book signing in Florence, Italy.

Marina Abramovic was meeting fans at the opening of a retrospective exhibition of her work when another artist smashed a framed portrait over her head. The incident was caught on cellphone video and shows a stunned Abramovic, who was not seriously injured in the attack.

The assailant was quickly wrestled to the ground by security officials.

Abramovic, 71, said in a statement afterward that a man was holding a “rather distorted” portrait of her which she initially thought was gift.

“He came forward, staring me straight in the eyes and I smiled thinking that it was a present for me,” she said. “In a fraction of a second I saw his expression change and become violent.”

Museum officials identified the assailant as 51-year-old Vaclav Pisvejc, an aspiring artist from the Czech Republic who has been detained before for acting out at art exhibits. Earlier this year, Pisvejc was questioned for spray-painting a statue that was being displayed in Florence’s famed Piazza della Signoria.

Pisvejc, according to The New York Times, told authorities why he went after Abramovic.