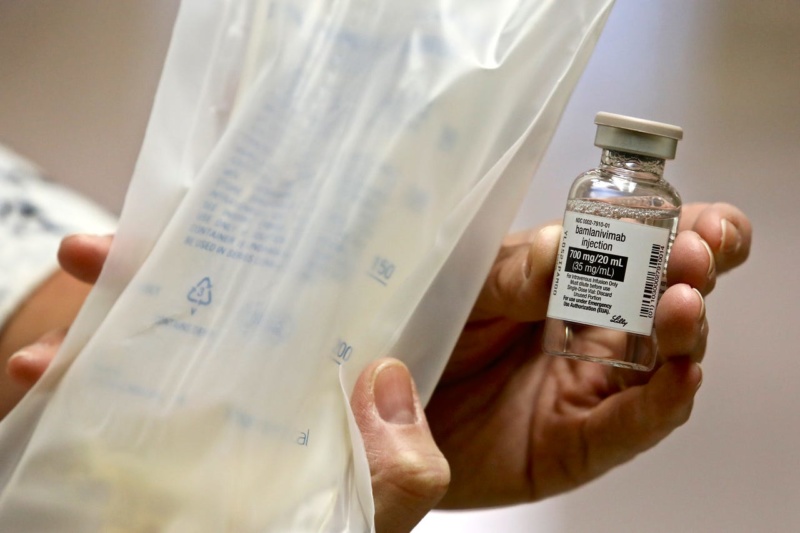 The first delivery of the drug bamlanivimab, which protects covid-19 from the serious course of the company Eli Lilly, has arrived in the Czech Republic. This was stated on Twitter by Irena Storová, director of the State Institute for Drug Control (SÚKL). According to Prime Minister Andrej Babiš on Twitter, the medicine was delivered to the Thomayer Hospital in Prague. According to the Ministry’s decision on the authorization of the use of the drug, it will pass it on to other hospitals for patients who meet the conditions for its use.

“We have ranked among the 12 countries in the world that have it available,” Babiš said on Twitter. He had previously announced that it would be 500 doses. The first doses of the drug from Regeneron should arrive in the Czech Republic in March. Twelve thousand of them are to be ordered, 4,000 batches will be in the first delivery.

Both drugs are so-called monoclonal antibodies, which prevent the virus from entering cells. This mimics the activity of the immune system and reduces the extent of damage to lung tissue. According to the manufacturer, bamlanivimab minimizes the risk of hospitalization and death by 70 percent.

The drug is intended for patients shortly after infection with covid-19, who also have risk factors that could cause a more severe disease course or a higher risk of death.

It is especially suitable for patients with weakened immunity due to illness or after organ transplantation. It is also recommended for patients currently being treated for cancer or haemato-cancer, with the chronic obstructive disease at certain stages or on dialysis due to limited renal function.

It is also suitable for people with asthma on biologic therapy, with inflammation of the blood vessel wall treated with corticosteroids or a combination of immunosuppressive drugs, people with thrombophilia at increased risk of blood clots or pulmonary hypertension. The drug could also be given to people with a BMI over 40, morbidly obese.

According to a document approved by the Ministry of Health, it must not be given later than three days after a positive coronavirus test and later than seven days after the onset of symptoms. Conversely, doctors will not give it to people who already have pneumonia and need oxygen.

The Act permits the use of drugs not yet registered in the Czech Republic on Medicinal Products after requesting the opinion of SÚKL. Currently, a single drug, remdesivir from Gilead Sciences, is officially approved to treat a new type of coronavirus. Since the beginning of the epidemic, several drugs have emerged in which doctors had high hopes, and none of them have yet met expectations.