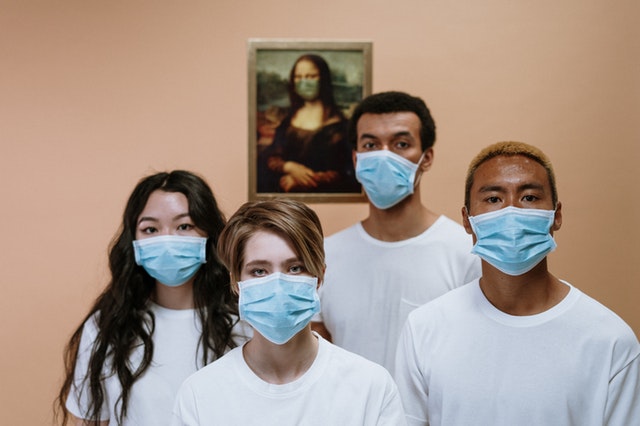 Wearing masks is a social necessity, especially in some Asian countries. In the context of the current coronavirus epidemic, their absence is unacceptable and even punishable. However, they are unreliable to protect against coronavirus, and the World Health Organization (WHO) has not recommended their general use, warns the BBC. Much more effective, according to experts, frequent hand washing. In contrast, DPA emphasizes that protecting the nose and mouth of people with respiratory tract infections can be meaningful protection against infecting other people. The wearing of face masks is currently mandatory in the Czech Republic.

Since the onset of the coronavirus epidemic, people in some regions of the world have embraced wearing face masks and people without them risk being considered social outcasts, BBC writes. “Go out without a face mask in Hong Kong, Seoul or Tokyo these days and you will be the target of negative views,” the server points out.

In many other parts of the world, from Britain and the USA to Sydney or Singapore, it is quite acceptable to walk with an exposed face. It is not only a government order or a doctor’s recommendation but also a culture and a history. However, this could change as the current pandemic worsens, the BBC suggests.

Since the outbreak of the epidemic, the official recommendation of the WHO has been clear. Drapes should be worn by only two groups of people: those who are ill and show symptoms and those who care for people suspected of having coronavirus.

No one has to wear another mask, and there are several reasons for this. One of them is that the drape is not considered reliable protection, BBC warns. Research has shown that the virus spreads through tiny droplets, but not directly through the air. Therefore, experts say that frequent handwashing with soap and water is much more effective.

According to the BBC, taking the mask off requires particular caution concerning possible hand contamination. Also, facemasks can provide a false sense of security, both BBC and DPA warn.

At the same time, the German agency points to a report by the German Robert Koch Institute (RKI), which states on its website that nose and mouth protection, or at least a textile barrier in people with respiratory tract infections, may be meaningful to protect others.

In China, Hong Kong, Japan, or Thailand, it is widely assumed that everyone can carry the virus – even healthy people. In a spirit of solidarity, one has to protect others, the BBC describes the attitude of many Asians. Some local governments call for the wearing of masks, and in some parts of China, there is a risk of arrest and punishment for not wearing masks.

Meanwhile, even in Indonesia and the Philippines, where many unidentified cases of new infection are suspected, most people in large cities have begun wearing masks to protect themselves from others, the BBC notes.

However, in many Asian countries wearing masks was a cultural norm before the coronavirus epidemic. They even became a fashionable expression of self. At one time, for example, in the markets of Hong Kong, hit the masks with a cat motif comic character Hello Kitty.
In many Southeast Asian countries, especially in densely populated cities, many drapes are simply worn because of air pollution, the BBC points out.

Fashion protection of the mouth with flowers, stripes, or lustrous colors has already become more prevalent in Germany, according to DPA. But a person does not protect himself from an infection with an ordinary piece of cloth, the agency warns.

But a few days ago, German virologist Christian Drosten said that if everyone wore the mask, the measure would make sense. According to him, the spread of infection would probably be somewhat subdued. However, given the cultural differences between Europe and Asia, Drosten does not expect wearing masks to be the norm in Western society.

Benjamin Cowling, an epidemiologist at the University of Hong Kong, stressed that every little effort counts in the global war on the virus. “If many people in densely populated areas will use facial masks, I think it will have some effect on people-to-people transmission, and we are looking for any small measure we can do to reduce transmission. It makes sense,” Cowling concluded.