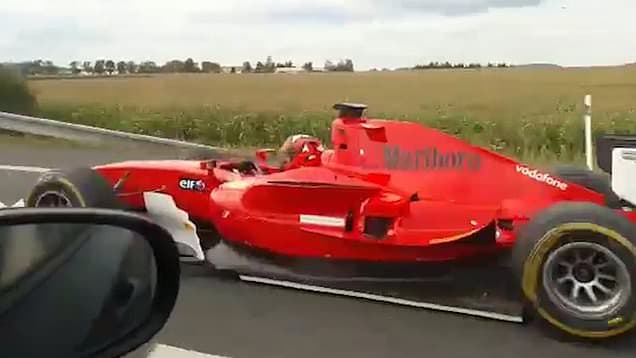 The police have traced the man who drove a red Formula 1 car along the D4 highway between Příbram and Dobříš at the beginning of September.

Images of the formula car driving along the highway quickly became a hit on social networks, but the police have warned that such behaviour is a public hazard and the car did not fulfill the respective road requirements, having no registration number or headlights.

The forty-five-year-old driver faces a fine of up to 10,000 crowns and having his driver’s license suspended for six months to a year.